Note #2: We will be updating this page with the latest how to downgrade guides when new firmware versions are released, so make sure you come back soon!

Downgrading your iPhone, iPod Touch or iPad to a lower firmware version is indeed possible, but unfortunately has become harder and harder over the years. In the early days you could downgrade your iOS device to any firmware version you wanted to and not run into many troubles. This is because firmware restores never had to be approved by Apple, but starting from iOS 3.0 onwards Apple implemented a technology called SHSH blob.

What Is An SHSH Blob?

You see, when you restore your iPhone, iPod Touch or iPad through iTunes your device phones home and ensures that it is allowed to be restored to a specific firmware version. In order to enforce this limitation SHSH blobs were introduced, which is a hash signature system. Although this is getting technical, an SHSH is created by an SHSH formula with 3 or 4 TSS keys (say with me).

On every device shipped by Apple a Plist file is present, this file contains SHSH blobs for different parts of the firmware. These blobs are essentially gatekeepers and control whether or not a firmware is restorable. Whenever you upgrade or downgrade your iPhone, iPod Touch or iPad, new SHSH blobs have to be generated because one of the parts to the SHSH formula is the firmware version.

In case this wasn’t a big enough limitation to downgrading iOS devices, in the iOS 5 firmware generation Apple introduced yet another technology to prevent downgrading called APTickets. What APTickets are is essentially the next generation of SHSH blobs. APTickets are much more secure however, because when you try to restore or upgrade your iPhone, iPod Touch or iPad a request is sent to Apple’s servers to confirm the APTicket. Unlike SHSH blobs which would submit the same one already stored on the server, a brand new APTicket is generated using a random string. In the future APTickets will completely replace SHSH blobs, this will happen once the iPhone 4S stops being supported. 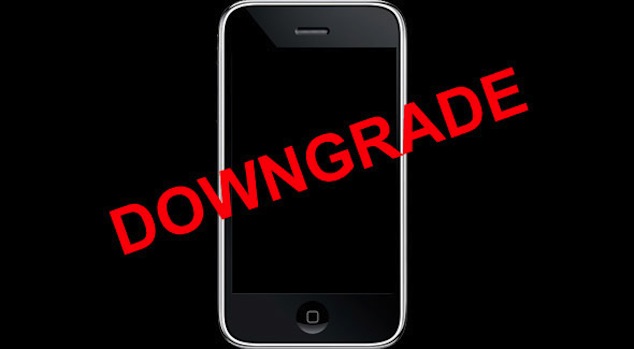 How To Go About Downgrading

The good thing is there is indeed still a way to downgrade your iPhone, iPod Touch, iPad or even Apple TV, but it relies on you saving SHSH blobs. You see, when Apple is still signing a firmware version you can save the SHSH signature so that in the future if you wish to downgrade back to that firmware version it is indeed possible. This is essentially performing a replay attack, in the fact that data is being fraudulently retransmitted.

Once you have your SHSH blobs signed, as stated previously, if you upgrade to a new firmware version and decide you don’t like it you can downgrade back to the firmware version which you have saved SHSH blobs for. There is unfortunately some restrictions that need to be kept in mind though.

Newer devices like the iPad 2, iPad 3, iPhone 4S, iPhone 5 and iPod Touch 5G has different restrictions however, because they are not vulnerable to the limera1n exploit and are governed more-so by APTickets. These devices can only be downgraded on the iOS 5 firmware generation and require saved SHSH blobs and APTickets for the iOS 5 firmware version you are currently running and are trying to get to. The only exception to this is that iPad 2 owners with any saved iOS 4 firmware generation SHSH blobs can downgrade to  to any firmware that they also have saved SHSH blobs for. Downgrading devices with the A5, A5X and A6 chip on the iOS 6 firmware generation is not possible at this time.

Just like how Jailbreaking is becoming more and more difficult on newer Apple devices, so is downgrading. As new exploits are constantly being found however, keep an eye on our list of how to guides shown below that will give you step-by-step instructions on how to downgrade your iPhone, iPod Touch, iPad or Apple TV to a lower firmware version. If you are looking for more information on how to save SHSH blobs and APTickets you will want to visit our How To Save SHSH Blobs section.

How To Re-Restore A5 Devices On iOS 5.x