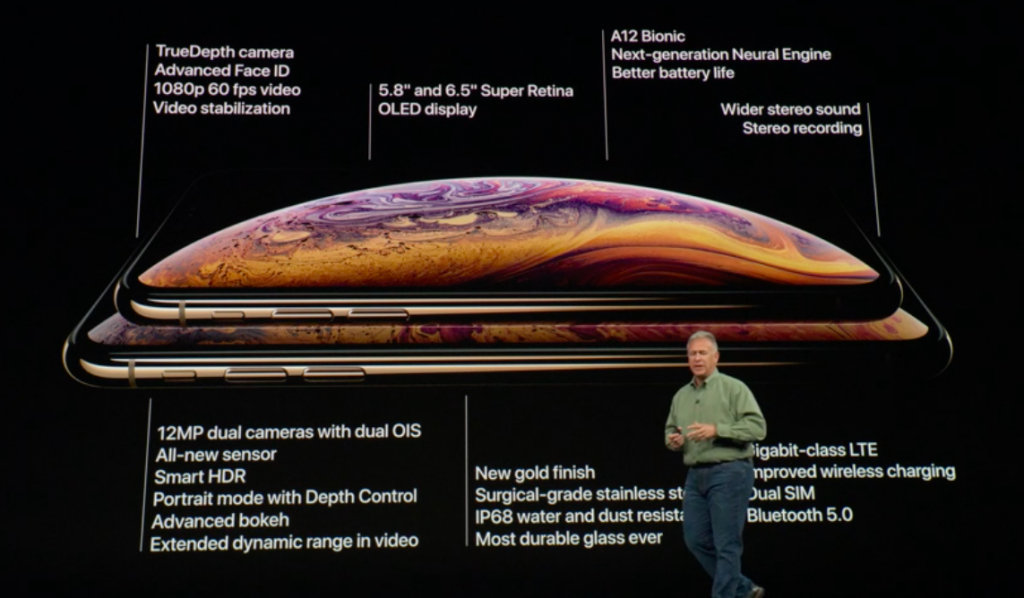 Apart from the new display size and panels on the new iPhone Xs and Xs Max, the new devices come equipped with the A12 Bionic chipset. Apple has made a lot of developments with this chipset, and it is manufactured using the 7nm process. It is more efficient, and up to 15 percent more faster. The A12 Bionic has a 6-core CPU, a 4-Core GPU, and a new Neural engine with 8-cores. The GPU is up to 50 percent faster than the GPU on the A11 Bionic.

The camera has been improved as well. You still get the dual-camera setup on the back, but with larger sensors, and a new Smart HDR feature that should make photography much easier. You get a 12MP main sensor, and another 12MP telephoto lens, with new lenses, that are supposedly better than before. The portrait mode feature now gets a depth control mode, which allows you to adjust the photos. For videos, you get stereo sound recording, which is great.

Apple also introduced up to 512GB of internal storage, and also announced a Dual-SIM feature. However, there’s only one physical SIM, while the other is an eSIM. For the Chinese users, Apple has made an iPhone Xs Max with a SIM slot that can take two SIMs, on either sides. And of course, there’s a new Gold color option.

The all new iPhone Xs will be priced similar to the iPhone X, and will cost you $999 for the base variant. The iPhone Xs Max will start at $1099. The new iPhones have a maximum storage option of 512GB.

You can start pre-ordering the new iPhone Xs and Xs Max on September 14, this Friday. The devices will start shipping on September 24th to the first list of regions, and on September 28th to the several other regions. 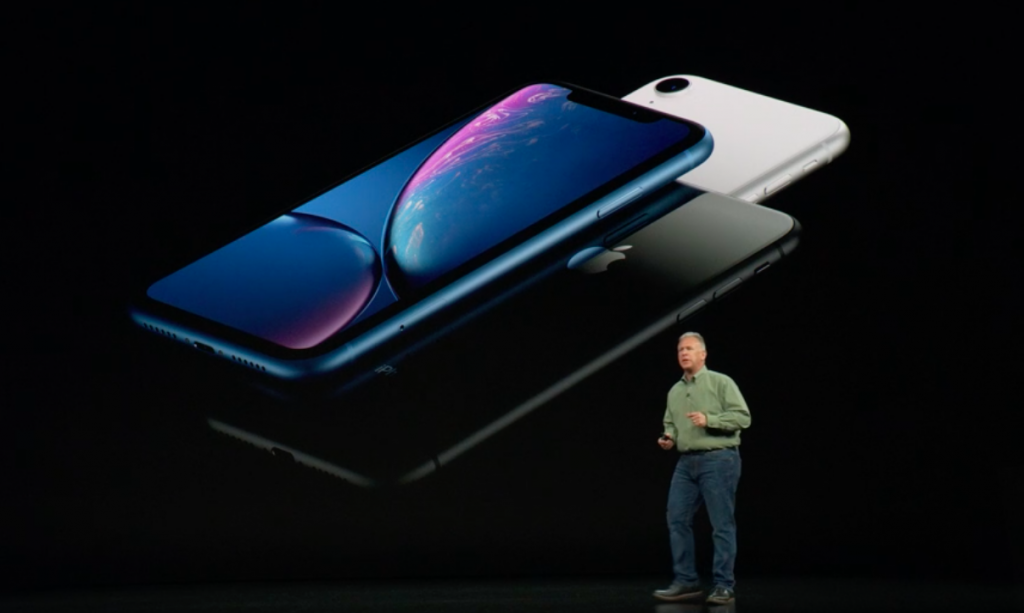 Next up, the iPhone Xr, which as suspected, features a 6.1-inch LCD display. Apple is calling this the Liquid Retina display, and it has bezels slightly thicker than the iPhone Xs and Xs Max. There is no 3D Touch feature here, but it does get a new haptic touch based system.

The iPhone Xr is powered by the same A12 Bionic chip present on the other two iPhones. It has a single rear camera though, a 12MP wide-angle sensor, but it has a portrait mode as well. The sensor is the same found on the iPhone Xs and Xs Max. The camera has OIS, and an f1/.8 aperture, with the true tone flash.

You get plenty of new colors with the iPhone Xr, and the base variant will start at $749, which is cheaper than the iPhone 8 Plus. You can start pre-ordering the new iPhone Xr on October 19th and it will ship on October 26th.

Apple also announced that the iOS 12 software update will be available for download on September 17th.