Yesterday we told you that CoolStar released Semi-Restore and now it’s time to show you how to restore your iPhone, iPod Touch or iPad back to the same firmware version you are running right now using the program.

This is perfect for Jailbreakers as Apple restricts the ability to restore back to the current firmware version you are running. This is because the fruit company wants you to be running the latest firmware version, which at the time of writing this article is iOS 6.1.3 or iOS 6.1.4 depending on your device.

Now it is worth noting this isn’t a fully fledged restore (it’s a restore at a userland level), but it is as close as it gets to being able to restore your device back to the firmware version it is currently running. Upon doing this all of your data and apps will be gone and you will just be left with stock iOS and Cydia installed.

Step 2) – Once the application has been downloaded simply launch the app from your computer and plug in your iPhone, iPod Touch or iPad via USB. 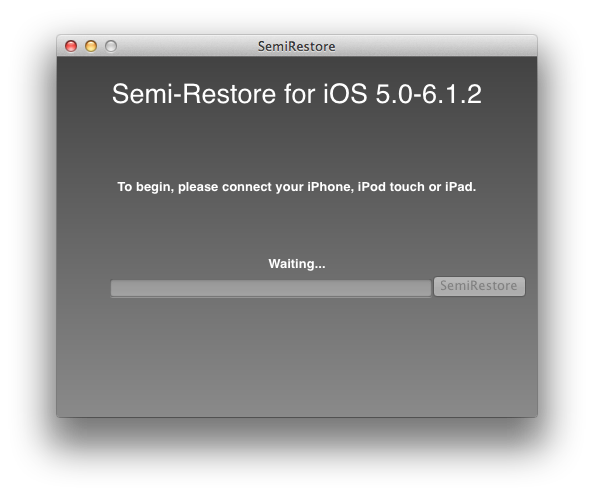 Step 3) – Press the Semi-Restore button once the program detects your device. It is worth noting that ensure iTunes or Xcode is not up and running during the procedure or you could run into some problems. 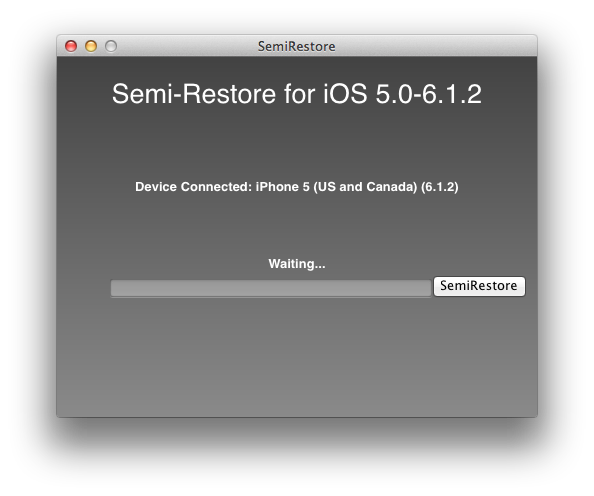 Step 4) – You will now just need to sit back and let Semi-Restore do its thing. You will notice that your iOS device will respring and reboot several times during the procedure, this is normal. DO NOT touch your device until the process has been completed.

Once it has completed you will notice your iPhone, iPod Touch and iPad is in a restored state. All of your apps and any other data will be gone and you will just be left with stock iOS and Cydia. Congratulations you have just re-restore back to iOS 5.0 – 6.1.2. Please share your thoughts in the comments section.