Here’s the thing about buying a keyboard case for a stock iPad: while you ‘can’ strap whatever accessories you want to the iPad, you’re still going to be stuck with a device that expects you to interact with it like a tablet. You know the rules: keyboard functionality is limited, you can’t download any file you want, you’re locked out of the filesystem, there’s no native mouse support, and ‘multitasking’ on an iPad still means you’ll be in one app at a time. If you really want to make your iPad feel like a true replacement for a laptop computer, ultimately you’re going to need to go to Cydia to download tweaks. 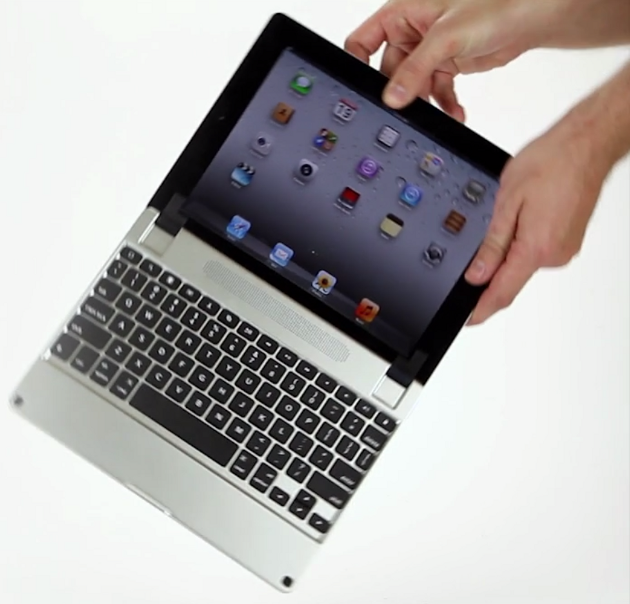 Feel like your keyboard is just hanging off your iPad? (Image taken from promotional material for the Brydge keyboard.)

BeeKeyboard – $2.99
If you’re intent on using your iPad as a laptop, your first priority should be getting that pricey keyboard accessory working properly. On your laptop you can navigate the ‘desktop’ and move through most programs using the keyboard’s arrow keys. why shouldn’t you be able to do the same on your iPad? With BeeKeyboard and its plugins you can launch apps from the Springboard, switch between background apps, and even make virtual taps on the screen.

There’s even a plugin for using your keyboard as a virtual iCade controller. 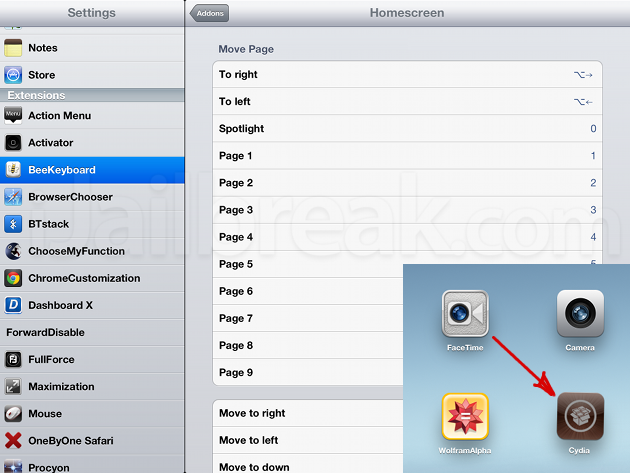 BTC Mouse & Trackpad – $4.99
(50% discount if you own the legacy BTstack Keyboard utility.)
Getting the keyboard to work is a good first step, but it can be awkward to type on keys and still have to reach for the screen. Wouldn’t it be better to consistently keep your hands at desk-level? BTC Mouse & Trackpad is a plugin that provides mouse support to iOS’ native bluetooth stack (which means you can use it alongside BeeKeyboard). There’s also a presentation mode included for apps like Keynote.

Quasar – $9.99
Tired of being confined to Apple’s “one app at a time” paradigm? Quasar is a major interface overhaul for the iPad that allows full iOS apps to run side-by-side in windows. If you want to take notes while keeping a webpage or PDF document open, Quasar will let you do it effortlessly. That said, as a jury-rigged window manager that changes how multitasking works on a fundamental level, Quasar is the most likely tweak to cause issues for your other Cydia utilities. (Unfortunately, that includes BeeKeyboard’s Springboard navigation features.) 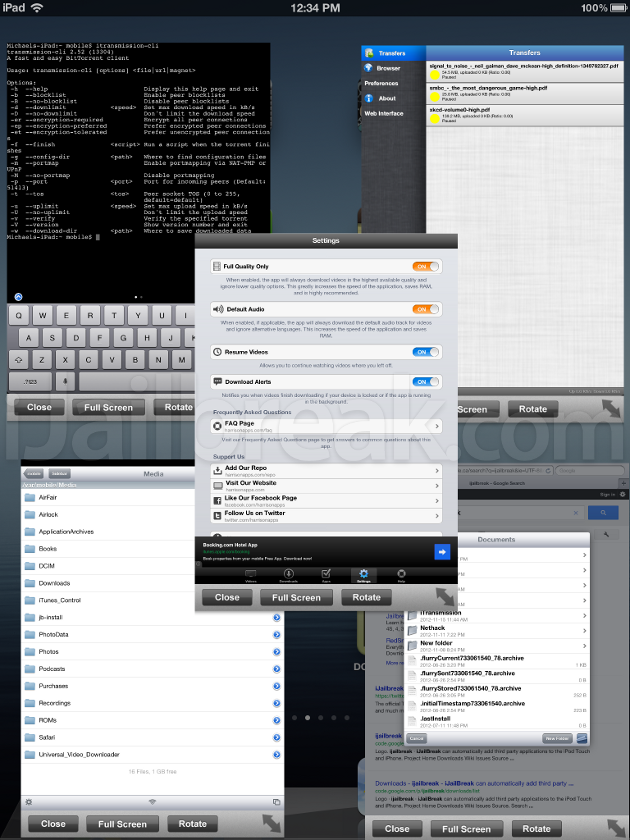 One of the core tweaks I use every day. This is a screenshot of me running several download utilities side-by-side in Quasar.

This tweak was also featured in our Download Toolkit article. 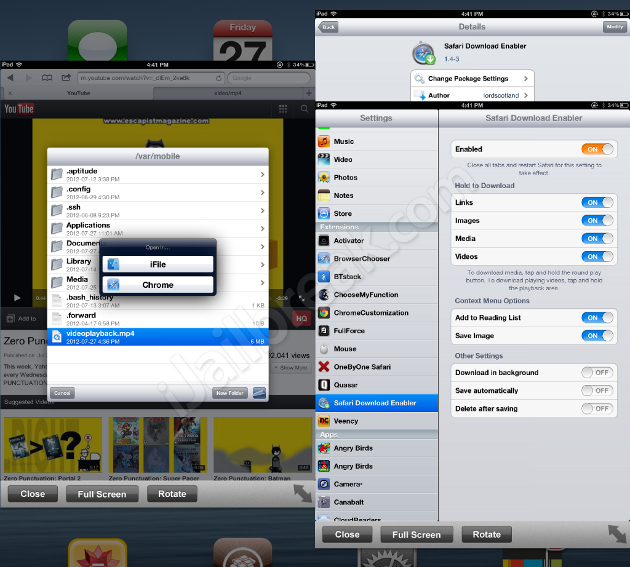 Safari Upload Enabler – $2.99
Want to upload a picture to a webpage that doesn’t have a dedicated iOS app? Pre-iOS 6, you’d be out of luck–by default browsers on iOS 5.X and under, like the rest of iOS, are really locked down for users–but with Safari Upload Enabler, you can upload any files to any website with an “upload files” button, like in a desktop browser. Such a button will open up a file menu, allowing you to upload whatever you want. Keep in mind your photoroll is located in “/private/var/mobile/Media/DCIM“. Even with iOS 6, the default upload sources are limited to the camera and the photoroll, so this tweak may stick around. 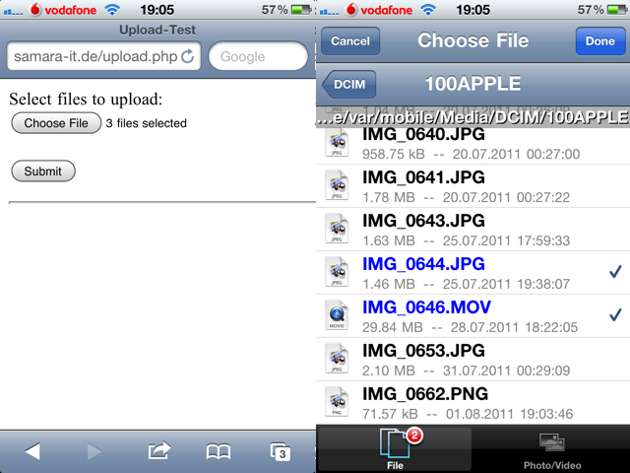 Honorable mentions:
iFile—A powerful file browser for iOS that includes the ability to import downloaded music into the iPad’s library, as well as tons of other key features. Not included in the toolbox because you should already have it installed.
iUsers—This tweak isn’t in our current toolbox as it doesn’t work with iOS 5 or 6. It does deserve a mention, though, as it allowed for multiple users to have separate accounts on the same iPad. It’d be a serious contender if Pedro Francheschi, the hacking wunderkind, ever releases an updated version.

Did we miss any essential tweaks for turning an iPad into something that feels more like a “real” laptop computer? Share your thoughts in the comments section below.