You wouldn’t believe how many emails I get in a day sounding like the questions above, so I thought it was time I cleared these facts up. In this post you will find the answers to all of the questions above and hopefully get a better understanding of what jailbreaking actually is.

Jailbreaking is a hack that allows developers to access the file system of your iPhone, iPad, iPod Touch, meaning the root directory. In simpler terms it means that developers can now have access to all the files on your iPhone, iPod Touch, iPad meaning they can create apps that are possible of doing pretty much anything. These files would normally be hidden and not be able to be seen or edited with a normal non-jailbroken device but this is where jailbreaking comes in.

When you jailbreak your iPhone, iPad, iPod Touch you now have control over everything on your iPhone, iPad, iPod Touch, and with this control means that 3rd party developers were able to develop some really cool and interesting applications / tweaks. These applications / tweaks, which I will get into further detail later on in this post is why so many people jailbreak their iPhone, iPod Touch, iPad. As jailbreaking progressed developers discovered how to unlock the iPhone. This now leads to our next question… 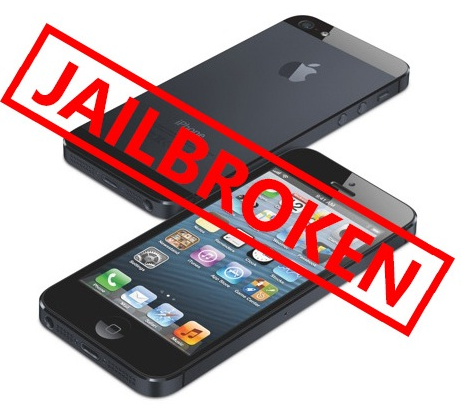 Unlocking is very different from jailbreaking, and they are both two completely different things. We already have learned what jailbreaking is in the paragraph above; it is a hack that allows developers to access the iPhone, iPod Touch, iPad’s file system. Unlocking is something completely different, if you own an iPhone you probably know that you are locked to one network (AT&T if you are in the US, OT if you are in Britian etc). This can be a bit of a problem if you travel a lot or are not happy with the default AT&T network.

This is where unlocking comes in; unlocking allows you to use any GSM carrier by inserting a different GSM compatible SIM card of your choice into your iPhone (an example would be the t-mobile carrier). This would normally not work, due to the restrictions of Apple and AT&T,  however when you unlock your iPhone you can just buy any GSM compatible SIM card, insert it into your phone and you can now make calls with any GSM carrier you choose. Now a lot of people think that jailbreaking and unlocking voids your warranty, which in fact is true, however I want to go into further detail on this issue…

Does jailbreaking and or unlocking break your warranty?

Apple has no way of telling whether or not you have jailbroken your device if you restore it. I have had first hand experience with this, because my home button broke on my iPhone and it was jailbroken. All I did was simply restore it, I sent it to Apple and within a week I got my iPhone back as good as new and Apple had no idea I jailbroke it to begin with.

What are the advantages of jailbreaking my iPhone, iPod Touch, iPad?

This question is what most people ask when they first hear about jailbreaking; what are the advantages of jailbreaking my iPhone, iPad, iPod Touch? This is a very big question because there are so many advantages of jailbreaking. For starters when you jailbreak your iPhone, iPad, iPod Touch you get access to many applications / tweaks that will most likely never be available in the App Store. You also get complete control of every aspect of your iPhone, iPod Touch, iPad which is very good for advanced users who know how to use terminal and unix commands.

The problem with the iPhone, iPod Touch, iPad is that there is no uniqueness to the way it looks. You are stuck with the same icons and wallpaper as everyone else, sure you can change your lockscreen wallpaper but what good does that do? You see it for all of 2 seconds. This is where WinterBoard comes in! WinterBoard is probably one of the most popular applications that you get from jailbreaking your iPhone, iPod Touch, iPad. It allows you to dynamically change almost every aspect of your iPhone, iPad, iPod Touch from your UI Sounds all the way to your keyboard style, you can do almost anything with WinterBoard! Here are a few themes of thousands depicted below… 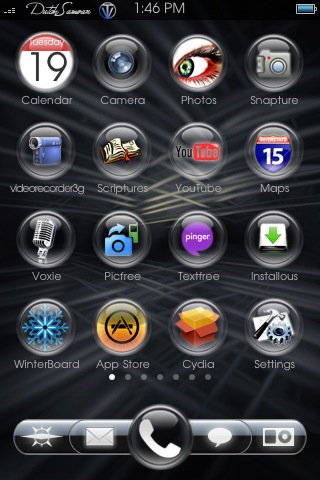 Even Horizontal Layouts are possible with WinterBoard… 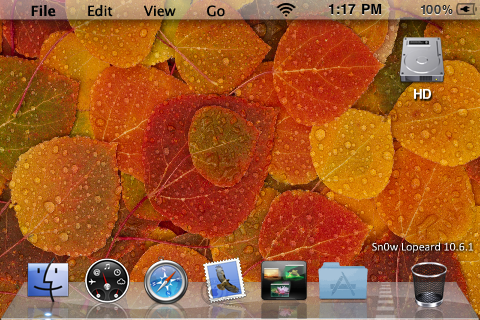 Categories is a great application! What categories does is put your apps into neatly organized folders.  This is a good application for people who have allot of applications on their SpringBoard and want to free up some space. Its easy to use and best of all it comes with a great interface for adding,organizing and deleting apps from folders. Look at the screenshot below for an example. 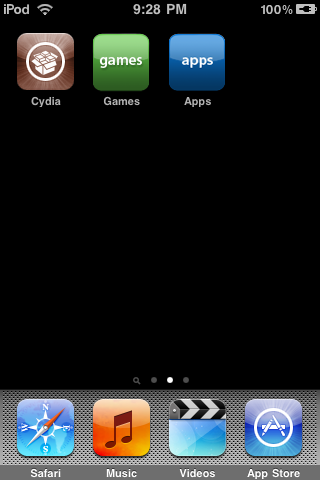 With the iPhone there is one feature that is missing, and surprisingly that feature is video recording. While the new 3GS supports video recording if you are stuck with the iPhone 3G and 2G you are still left in the dark. However with a jailbroken iPhone users can easily turn their iPhone’s camera into a video camera by downloading either cycorder or iPhone video recorder to unlock this significant feature!

Who could forget the all mighty reason why most users jailbreak their iPhone; the freedom of choosing your own GSM compatible carrier aka unlocking. As we learnt before when we jailbreak our iPhone we now have the option of unlocking it! This will allow you to use any GSM compatible sim card so you can make calls with whatever network you choose. This has many advantages if you travel allot or are not happy with your default carrier. Best of all unlocking is a free and easy thing to do! Just look below for the tutorial on how to jailbreak and unlock your iPhone for more information.

And Much, Much More!

These are only some of the applications and benefits of jailbreaking your iPhone, iPod Touch, iPad, the list could go on and on. Below are a  few more of the more well known applications…

SBSettings: This is a handy app for fast toggles between turning wifi,edge or 3G off and more! All from just sliding your finger across the top of your screen.

Mobile Terminal: This application is meant for advanced users. Through Terminal users can run programs such as pirni and tcpdump to capture packets from networks to uncover passwords and or monitor that particular network.

Installous: I do not recommend or promote cracked apps, but probably 50% or more of users jailbreak their iPhone, iPod Touch, iPad so they can get the paid apps for free by downloading and installing them from the application installous.

Where do you install these apps from?

These applications come from an installer similar to the official Apple App store called Cydia. Cydia is an installer created by Jay Freeman that handles the browsing and installation of apps from an easy to use interface. Applications are sorted into categories just like the App Store, users simply find the application they are looking for and install it through Cydia. Look at the screenshot below for more detail of what Cydia looks like… 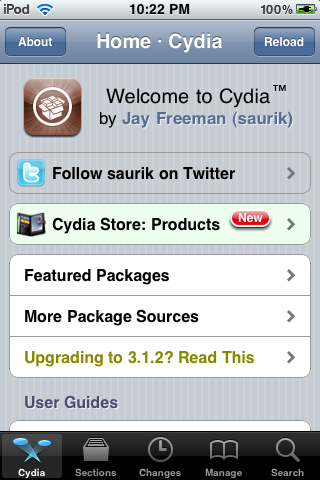 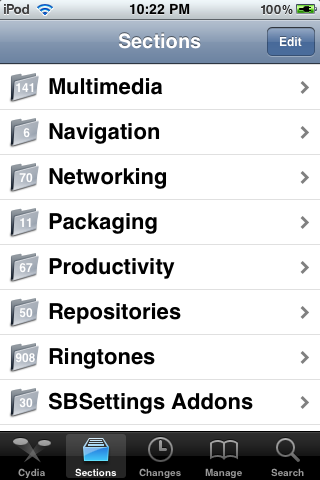 Can jailbreaking break or “brick” my iPhone, iPod Touch, iPad?

I have jailbroken so many devices and I have never once broken or bricked one. I even physically unplugged my iPhone during the jailbreaking process (which by the way I don’t recommend) which lead to my iPhone not even turning on. What did I do? I simply put my iPhone into DFU Mode and restored it via iTunes. You cannot break your iPhone, iPod Touch, iPad by jailbreaking it, I can pretty much guarantee that!

Okay.. so how do I Jailbreak my iPhone, iPad, iPod Touch?

If you have read this far into the post I assume that you are interested in jailbreaking and or unlocking your iPhone, iPod Touch, iPad? The next thing you must be wondering is how exactly do I go about jailbreaking. The first thing you need to figure out is which firmware you are running. If you are unsure simply plug your iPhone, iPad, iPod Touch into your computer open up iTunes and click on your iPhone, iPod Touch, iPad, it will tell you your version number insdie the version box. Once you know which firmware you are running go to one of the tutorials listed in iJailbreak’s How To Jailbreak.

All that I ask is that if you have read this post to at least give jailbreaking a try. If you are having any troubles with jailbreaking or have anymore questions please contact us and I would be more than happy to help you out!

What do you think/like about jailbreaking? Would you still use the iPhone, iPad, iPod Touch if it was unable to be jailbroken?