Installing apps from a third party source can be intimidating, especially if you’re used to Apple’s locked down and curated ecosystem. But if you want the flexibility that jailbreaking provides, you have to accept that your platform is no longer fool proof–as is the case with any platform that can run arbitrary code. Though you might not have realized it, Cydia has a built-in tool that called Filesystem Content which keeps track of what alterations a given package has made to your filesystem when it installs.

You can find the Filesystem Content link on any package’s page you’ve installed through Cydia under the ‘Installed Package’ heading. As different kinds of tweaks will install different files to different directories, you can check up on Filesystem Content to help make sure your installed tweaks are behaving as advertised. You don’t need to know a lot about how the iOS file system works to have a general understanding of what each package is plugging into: 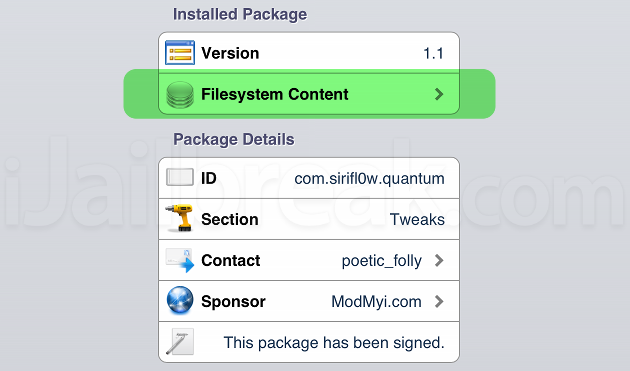 What to know what a given tweak’s doing? Here’s the most basic way to check up on it.

(These aren’t rules, so much as guidelines for how tweaks and apps generally behave.) 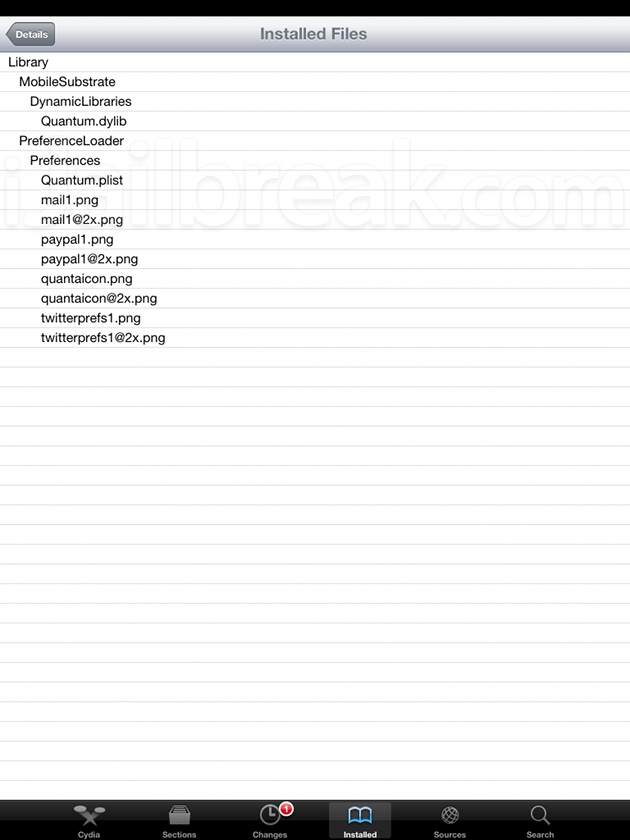 The Filesystem Content page will show you what is installed by a package and where you can find it in your filesystem.

Keeping an eye on FileSystem Content is a good idea, especially if you’re worried about installing malicious packages from Cydia–though it’s not the whole story. It might tip you off if something’s really wrong, but that doesn’t mean malicious programs can’t alter or install other files once they’ve been installed themselves. Also keep in mind that sticking to the official app store is not a guarantee either, as we’ve heard reports of mainstream apps that may be harvesting your personal information without your knowledge.