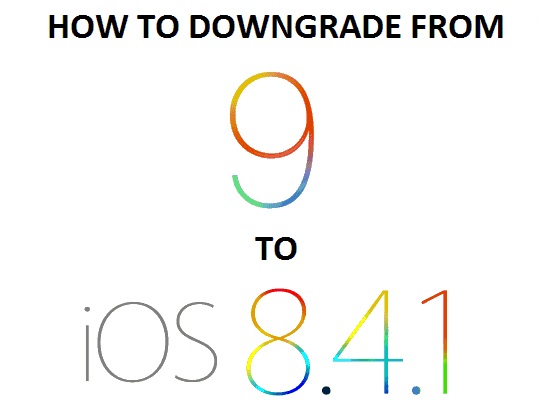 The lag isn’t present for all iOS 9 users though, so if everything is going smooth and good for you, then you don’t need to downgrade. Here are some comments from users who updated to iOS 9:

“iOS 9 is noticeably slower than iOS 8 and I’m not happy.”

“I’m not sure whats going on but iPad Air 2 is struggling.”

“iPhone is settled down but then the weird animation stutters randomly creep in, apps launch slower.”

“I honestly cannot stomach this sort of regression in a one year old phone. I’m scrambling to get back to iOS 8 and hope my back up is going to work.”

If you’re one of those users, you can simply downgrade to iOS 8.4.1 or do a fresh install of iOS 9. Remember, this is the first release and bugs were expected. Beta testers are reporting that iOS 9.1 is much smoother and has no lag.

The downgrade process should start immediately and will take a few minutes to complete. That’s it, you’re now on iOS 8.4.1!

Update #1: You can no longer downgrade to iOS 9 or iOS 8.4.1 as Apple has now closed the signing window for all iPhone, iPad and iPod Touch devices.