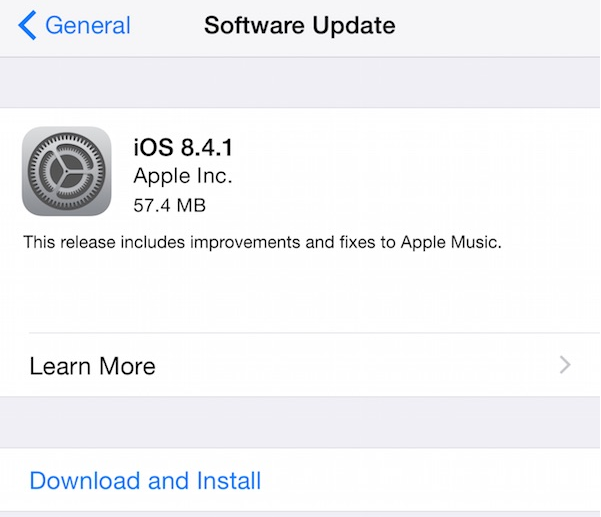 Apple introduced the subscription based music service, named Apple Music, in iOS 8.4. However, there were plenty of bugs in that were causing problems for users.

In iOS 8.4.1, Apple has managed to fix most or maybe all of the issues that you may have encountered on iOS 8.4. You can update to the latest version using iTunes or via the OTA method.

Simply head over to Settings>General>Software Update to find the new iOS 8.4.1 update, or download iOS 8.4.1 for iPhone, iPad, iPod Touch from our Downloads page or the direct IPSW links below:

Here’s the full list of improvements and bug fixes that you’ll find in iOS 8.4.1:

The iOS 8.4.1 update will most likely fix the TaiG jailbreak, so we wouldn’t recommend you to update right away. If you do, it’s alright, do not panic. You can still downgrade to iOS 8.4 as long as it’s being signed by Apple.