In the middle of April we told you that developer Adam Bell was working to bring system-wide Chat Heads to iOS and actually had a working version, which was demoed by The Verge. It was stated in the video that Bell would release this Chat Heads hack in the form of a Cydia tweak shortly. Although this still hasn’t happened yet, Bell’s system-wide iOS Chat Head hack is in beta and can actually be tested out on your iPhone, iPod Touch or iPad right now.

The process simply involves manually installing the tweak, which is called MessageBox, using iFile or another file manager program like iFunBox. In this tutorial you will learn how to get system-wide iOS Chat Heads to respond to Facebook Messages throughout iOS using a beta version of MessageBox. If you would prefer not to do all the manual work the full version will be released on Cydia shortly.

Step 1) – The first thing you will need to do is ensure you have a Jailbroken device with iFile installed. As mentioned previously you can install MessageBox on your computer using an application like iFunBox, but in this tutorial I will be using iFile. You should also check to make sure you version of Facebook is up-to-date (it should be above version 6.0).

Step 2) – Navigate to this page on your device and download MessageBox from GitHub by clicking here. If you have iFile installed you should be taken to a new page with an option to open the tweak in iFile. Do this now and use Installer to install the tweak. 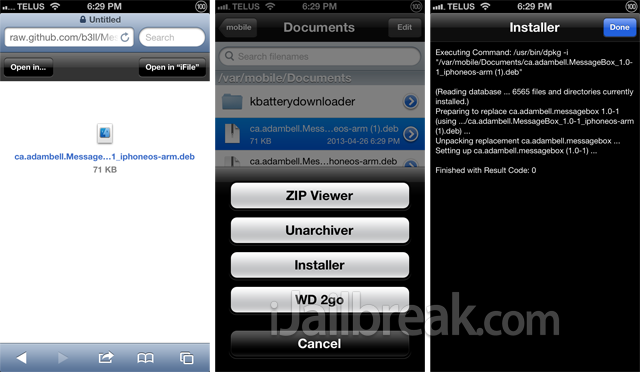 Step 3) – Reboot your device once the tweak installation completes.

Step 4) – Now simply launch the Facebook app, initiate a conversation with someone and then press the Home button. If the Chat Head follows you then it worked! You now have system-wide iOS Chat Heads. 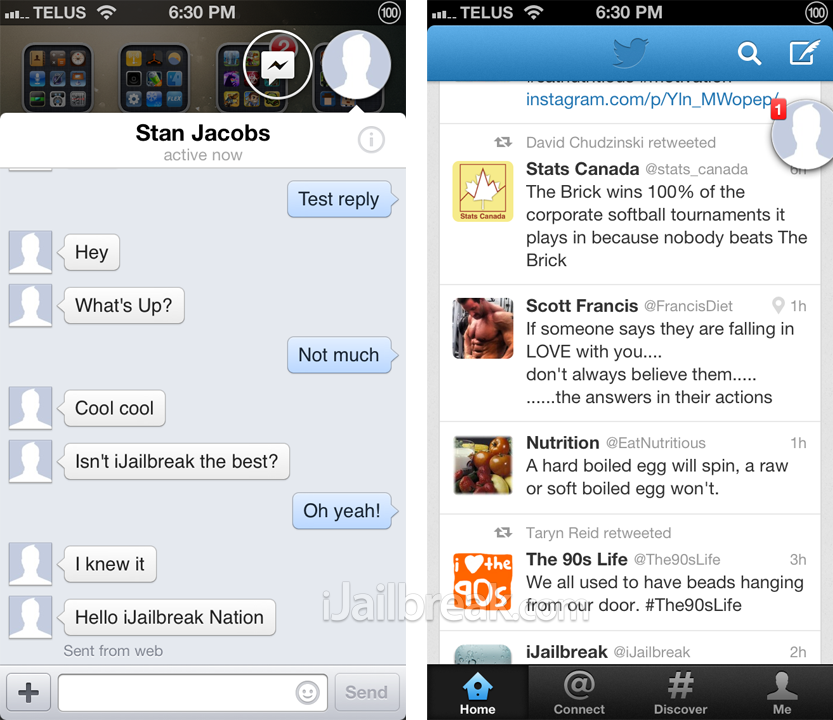 If you tap a chat head the conversation will open and if you tap it again it will close. You can also drag the chat head around to anywhere on the screen and remove it by tapping and dragging down on the bottom portion of the screen. Remember that right now messageBox is in beta and does have occasional hiccups. The full version will be released on Cydia shortly and we will be sure to let you guys know when it drops.