If you are a fan of tweaks and homebrew applications featured on iJailbreak, you might be interested in a faster way to track down the featured Cydia packages. Cydia-SearchNC makes searching for Cydia packages as convienant as possible by placing a search bar in the notifications pane. All you need to do is type the name of the package you want into a dialog that says “Search on Cyida”, press enter, and Cydia opens with a search for whatever term you entered. 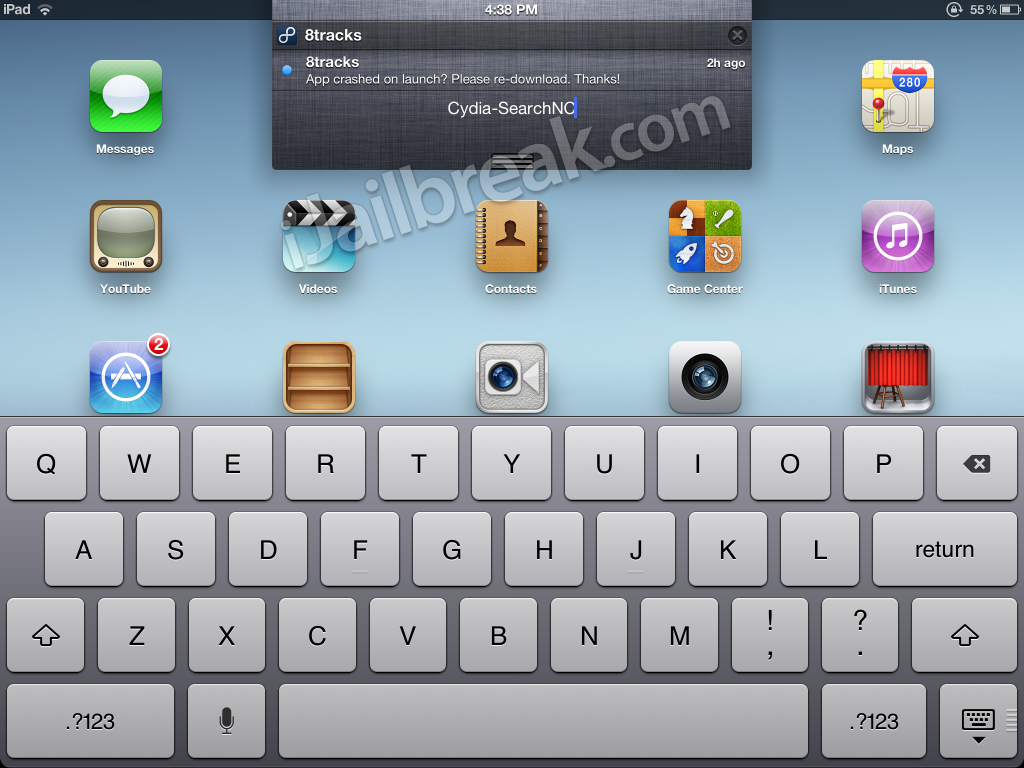 Cydia-SearchNC was also made with iNtelliscreen X and Lockinfo in mind, so if you prefer you can have the search widget on your SpringBoard or lockscreen. Widgets have a hit-and-miss reputation with iPad support, so if you use the iPad, you will be happy to know that Cydia-SearchNC happens to work perfectly in the iPad’s notification center.

As it is, Cydia-SearchNC works fine, but isn’t big on frills. It would be useful if Cydia-SearchNC featured a preview dialog for search matches, perhaps with an update log, which could save users an unnecessary trip or two to Cydia. The widget could also use a bar and a “search” button, instead of plain text and the default background. Another dream feature would be Spotlight search compatibility.

Cydia-SearchNC is available in the ZodTTD & MacCiti public repo which is a default repository on Cydia. The widget is free and requires iOS 5. 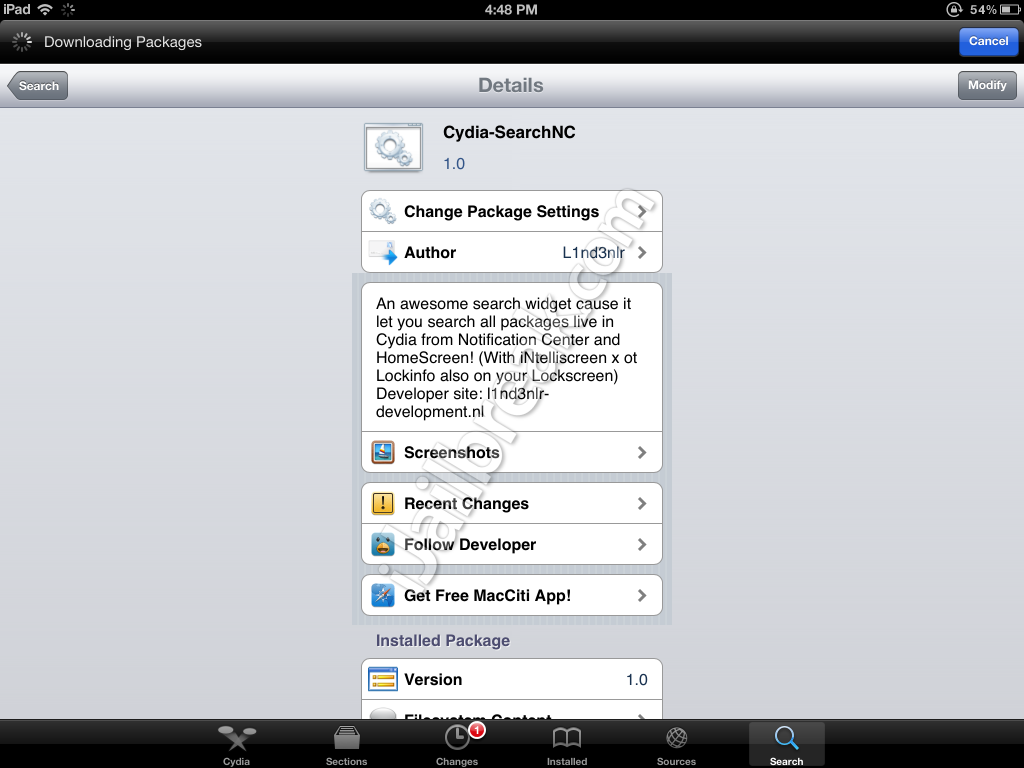 What’s your favorite Notification Center widget? Share your thoughts in the comments section below.