Now, it has got a lot more difficult. With Snapchat cracking down on apps such as Snap-Save, Snap-Hack and more, it’s become an accepted trend that we can no longer save those photos that we’d all like to.

The reason for the ‘cracking-down’ was partially due to it defeating the point of Snapchat, but also because the third party apps were being hacked causing massive data dumps of peoples personal images (including a few saucy ones) which left a lot of people, very unhappy.

Well now, there is a way, that will work forever. Note, this has only been tested on a Mac, however I’m sure in the future, it will be easier on Windows as well.

Have Snapchat installed and working on your iPhone/iPod

Plug your iPhone into your Mac and unlock it before launching QuickTime Player (Built in by default).

When it opens a file select finder window, simply click ‘Done’ and navigate to the menu bar, and select ‘New Movie Recording’ 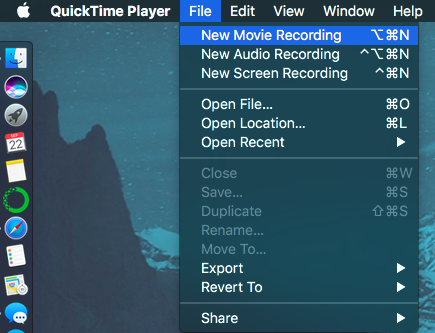 This will launch a webcam / “FaceTime HD” window. Don’t worry, you’re not going to have to do some weird contortion of your iPhone and take a photo using the webcam! 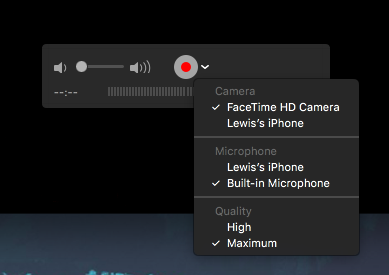 You guessed it, change it over to your iDevice! (Don’t see it? CMD + Q out of Quicktime Player, unplug & re-plugin your device and relaunch QuickTime Player).

Launch Snapchat on your device and open all the Snapchat’s you like, just don’t forget to press record first!

Leave a comment below if this is useful and any other methods you’ve come across that work! As always don’t forget to get in touch using Facebook, Twitter or anything else.