With the Hey Siri event all wrapped up, we now know which rumours were confirmed and which ones were false. This year, it seems we have a lot more confined than refuted. We got updates for almost all devices that support iOS, excluding the iPod Touch. Some new designs and new innovations were in the spotlight, with Tim and the gang beaming with pride. 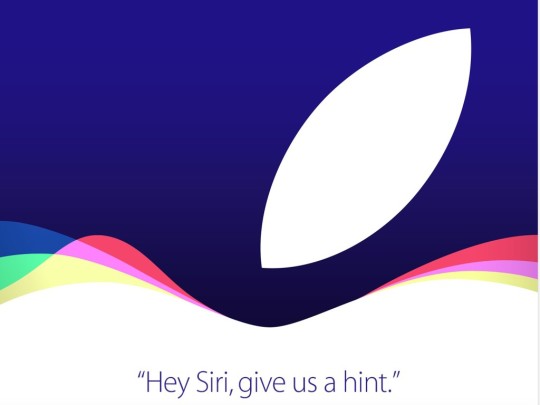 Let’s walk through the event and discuss the announcements, as they unfolded. Tim left the iPhone until the end of the event, going through Apple Watch, iPad, and Apple TV first.

The Apple Watch hardware hasn’t changed, but we got some new watch bands and some new anodized aluminum colours. A refresh for the Apple Watch comes via watchOS 2. The new OS brings native apps to the Apple Watch, something a lot of Apple fans thought should have been there at launch. There are a lot more colours for the silicon watch bands, in vibrant and neutral tones, and there are some gorgeous new leather bands. The aluminum model now comes in anodized gold and anodized rose gold. Personally, I am not an Apple Watch owner, but I can see how these small updates could be exciting for those that have one. 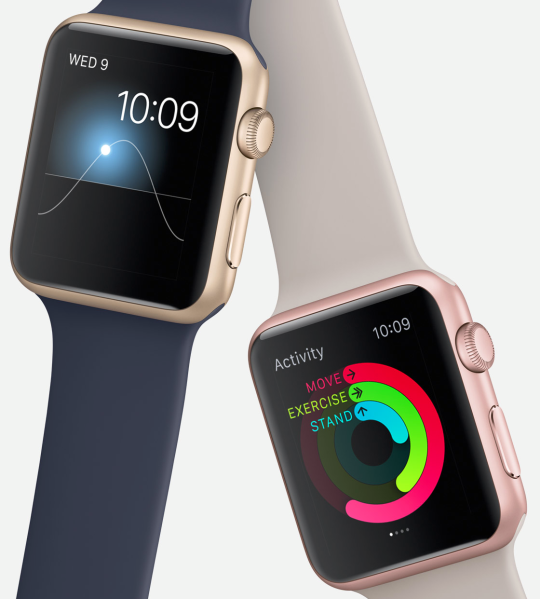 One of the rumours circulating was a  possible bigger iPad, called the iPad Pro. This rumour came to fruition with a beautiful, new, giant iPad making an appearance. It would seem that the rumours had most of the details right. The new iPad Pro is about the same thickness of the iPad Air 2, and about the same weight as the the first iPad. This looks like it meant to compete with Microsoft’s Surface tablets. Although Apple says it offers desk top performance, it still runs iOS. I would have liked to have seen an Apple tablet that ran OSX, but not this time. Here’s just some of the specs of the iPad Pro:

The iPad Pro has some new accessories. For the first time, Apple has developed a physical keyboard attachment and a innovative new stylus called Apple Pencil. I was really impressed with how the iPad Pro and the Apple Pencil work together. I can see this being an incredible tool for artists of all genres. The iPad Pro will come in silver, gold, and space grey. The base model starts at $799 US, with 64GB of storage. It will be available this November. 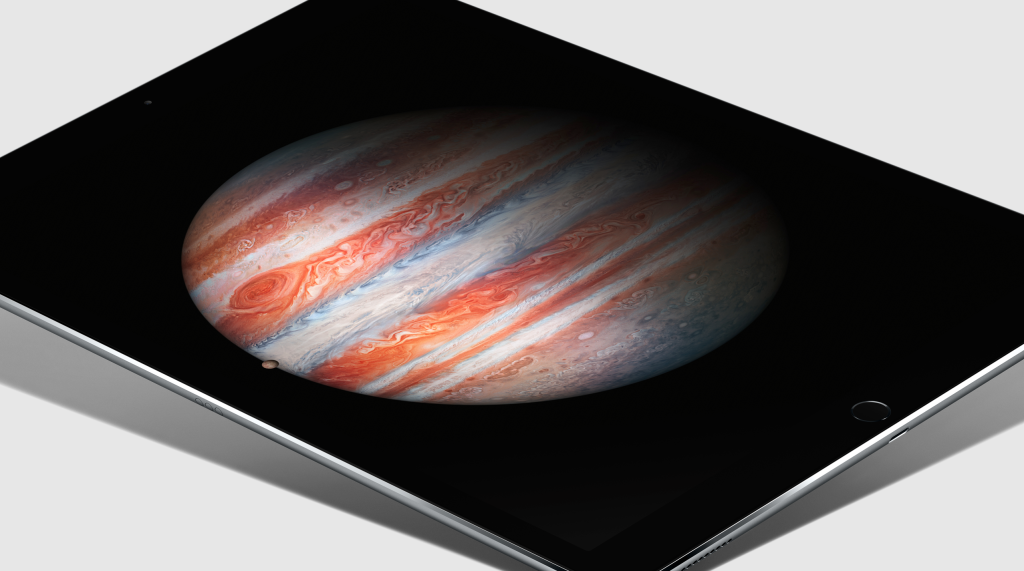 The Apple TV has needed a refresh for a long time, and this new Apple TV has been updated in every way. The hardware itself is similar to the current model, looking just a bit taller, but the software is completely new. Along with an all new look and feel, the new tvOS has an App Store, and therefore comes with an SDK for developers to get their apps on the Apple TV. This brings the continuity feature even further, having your favourite apps and games right on your television.

There were rumours that Apple was starting a TV subscription service, but they made the announcement that they think the future of TV is apps. Along with all the current content on Apple TV, we can expect to see new apps from many content providers show up in the Apple TV App Store.

Siri has made its way to Apple TV, allowing us the control every aspect of the Apple TV with our voice. The all new remote has a Siri button. Simply press and hold the button and talk into the remote to make Siri do just about anything in any app.

The all new remote also acts as a game controller with an accelerometer and gyroscope on board. It works similar to a Nintendo Wii remote, connecting via Bluetooth. I can see gaming on the Apple TV exploding, especially if it ends up supporting 3rd party controllers.

What can I say about the new iPhone? If you’ve heard all the rumours, you already know all the facts. Just about everything was confirmed. I honestly think that all the “leaks” and “rumours” leading up to the event are not coincidental. It only builds the hype more, and then when the “ridiculous” rumours are confirmed, the fanboys are blown away. Just my opinion.

Here’s some of the new specs:

Overall, this is a great update to the iPhone. Apple has integrated the Apple Watch’s ForceTouch into the iPhone in a way that adds all new ways to interact with apps on the iPhone. The new camera looks amazing. Live Photos seems unnecessary, but it is a nice way to see your photos. Having a flash for the “selfie” camera is something that was needed and they’ve done this in an interesting way, with Retina Flash. The screen of your iPhone becomes a TrueTone flash, lighting up 3X brighter than normal usage to become an effective flash, while using the FaceTime camera.

The new iPhones have the same memory configurations and pricing as the current model. iPhone 6 and 6 plus get knocked down $100. The iPhone 5c is gone, with the iPhone 5s taking the entry level spot. We can pre-order iPhone 6s and iPhone 6s plus on September 12th, with the release date set for September 25th. 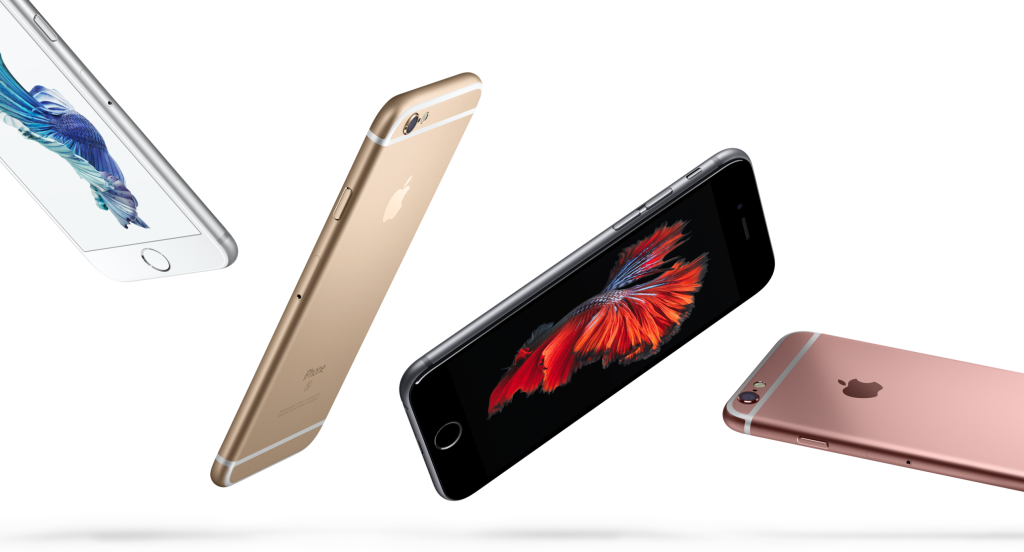 So, did today’s event make you want to throw your wallet at Apple, once again? I am using the iPhone 6, at the moment, so I might just wait for iPhone 7, to upgrade. I skipped the 5s, as well, and I survived just fine. I think I am most excited about the new Apple TV. The current model is so outdated that all the new features feel like leaps and bounds ahead of where it is now. I am still using an iPad 3 (or The New iPad), and I rarely pick it up. I think if I did get a new iPad, I would want a smaller one, going with an iPad mini 4. Then again, the new Apple Pencil and the iPad Pro together looks really good. I could see Wacom building a new app for this and changing that industry. If you missed the event, and want to see all the news for yourself, click here.

Did you see what you wanted to see today? Comment below and let us know what you thought of today’s event.