If you have been following along with some of the Evasi0n 7 news on Twitter then you will realize that there is currently a lot of drama surrounding the Jailbreak.

So why are so many people up in the air about Evasi0n 7? 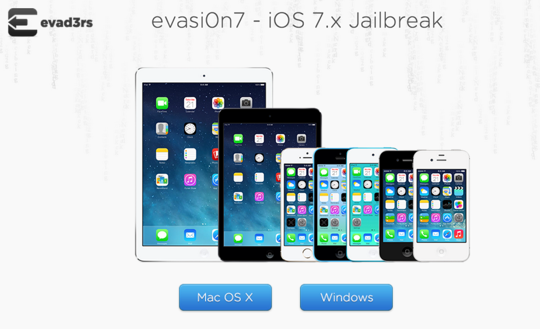 It comes down to two reasons:

Let’s start with TaiG because this is where most of the drama surrounding Evasi0n7 stems from.

While the Evad3rs were working on Evasi0n7 they were approached by a Chinese software development company behind the 3rd party installer TaiG to bundle their installer in Evasi0n7 for devices being Jailbroken with Chinese as their main dictionary.

The problem was, however, the Evad3rs never disclosed TaiG and left users scratching their heads on why this 3rd party installer was replacing Cydia. 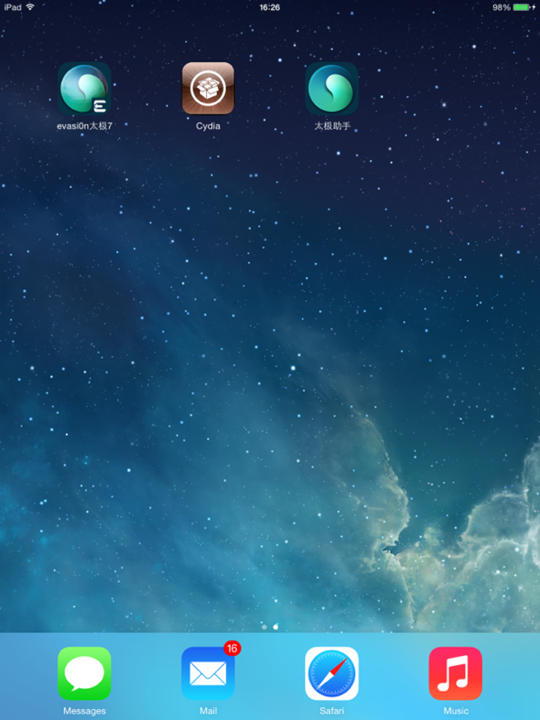 Of course due to the fact that the company behind TaiG doesn’t have the best track record when it comes to the privacy and security of their users this sparked a huge concern in the community that TaiG potentially sends private information back to the company regardless of whether the installer itself is on your iOS Device.

The Evad3rs have been quick to dismiss these rumors as false though, with Planetbeing providing the most in-depth answer:

As far as I know, there’s no private data being uploaded by them, other than what’s necessary for the download and install of the apps. I mean, even Cydia phones home with your udid. That’s why saurik is able to give such accurate counts of jailbroken devices. I talked to the Taig guys and they assured me that there’s nothing out of the ordinary going on. If anyone has proof otherwise, I would really like to see it.

So does TaiG steal your private data? And does Jailbreaking your iOS Device with Evasi0n7 in its current form put your device at risk?

According to the Evad3rs no. Is this 100% the truth? We can’t say at this time. What we can pass along is this excerpt from YCombinator which elaborates on why TaiG in general is bad news:

This is basically the worst-case scenario for Apple in terms of jailbreaks: For the first time, there’s an unknown corporate actor calling the shots, and the high code-signing security of iOS 7 has backfired, causing this to be the only jailbreak on the market.

If this becomes anywhere near as popular as Evasi0n for iOS 6.1 (over 7 million downloads in its first few days), Apple will have not simply lost control of the platform to a bunch of power users, but to a well-funded entity with unclear motives.

Security researchers are combing through what the Jailbreak does, and what it installs, as you read this so if all is not well, expect to hear about it soon.

Besides the privacy issues with TaiG, the Chinese installer contains both pirated Cydia software and cracked apps in its default repos. Obviously not a good look for the Jailbreaking community.

Although the team behind TaiG has been working around the clock to remove such piracy, the problem ended up being too big and for the time being has lead to TaiG’s removal from Evasi0n7. 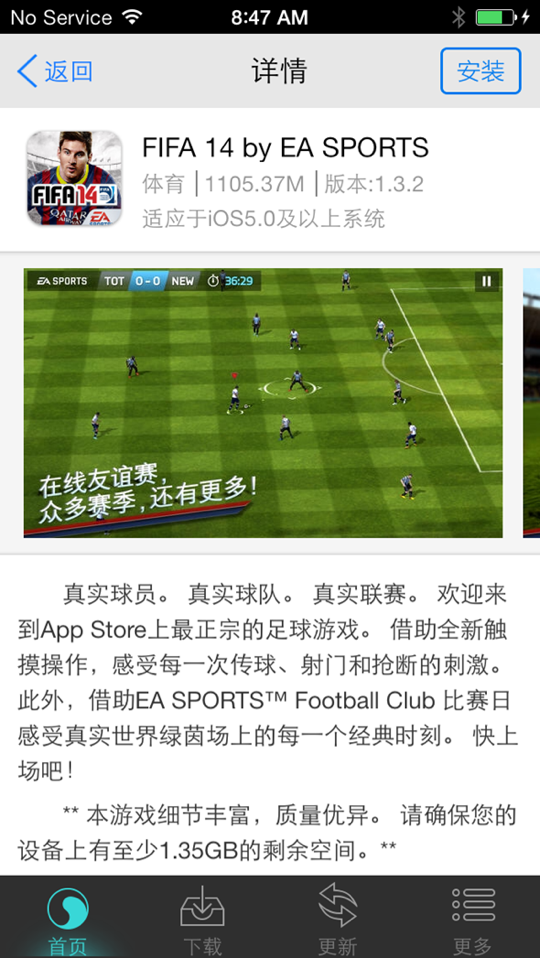 Whether or not TaiG will make a return into Evasi0n7 is not yet known, but for the time being it will not be auto-installed on Chinese devices.

Moving on to the second reason why Evasi0n7 has sparked so much drama, there ended up being somewhat of a race to release the iOS 7 Untethered Jailbreak which segregated the community.

From what I have grasped there was 3 different people working on the Jailbreak.

Each of them of course wanted to release the Jailbreak first because it would mean not only getting the credit for the Jailbreak, but also the donations that go along with it.

It is also worth noting that all but Saurik and his team were competing for a nice paycheck from TaiG. It turns out GeoHot was trying to complete his version of the Jailbreak to undermine the deal TaiG had in place with the Evad3rs. According to a leaked audio GeoHot was willing to accept less of a price than the Evad3rs (rumored to be close to $1,000,000) as he would supply only the part of the Jailbreak TaiG was missing.

Of course now GeoHot has denied this and said the  sale was never going to happen thanks to a conversation with his lawyers.

Due to the fact that there were 3 parties competing with each other it meant no party wanted to communicate with anyone but themselves and as such developers were not given early access to the Jailbreak like they usually are so they could get their tweaks ready.

This even included Saurik himself who was trying to release a Jailbreak without TaiG attached. 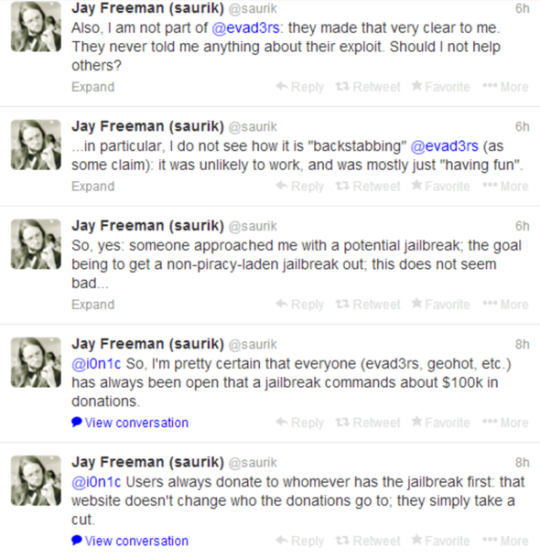 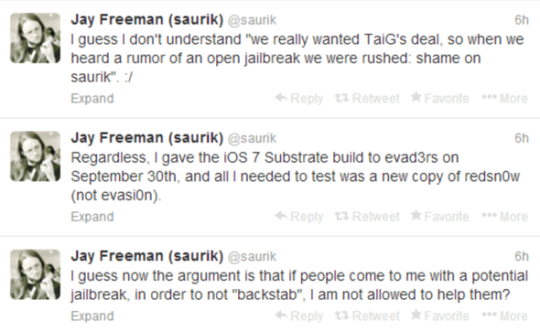 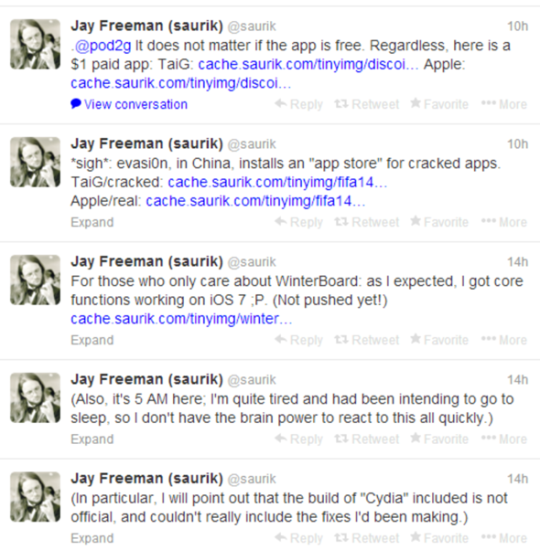 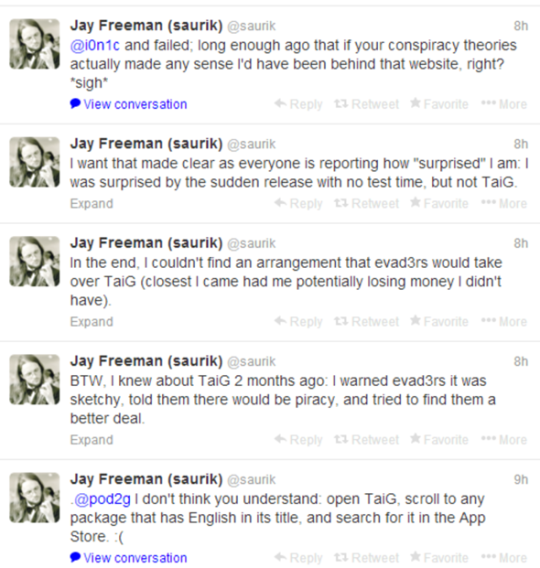 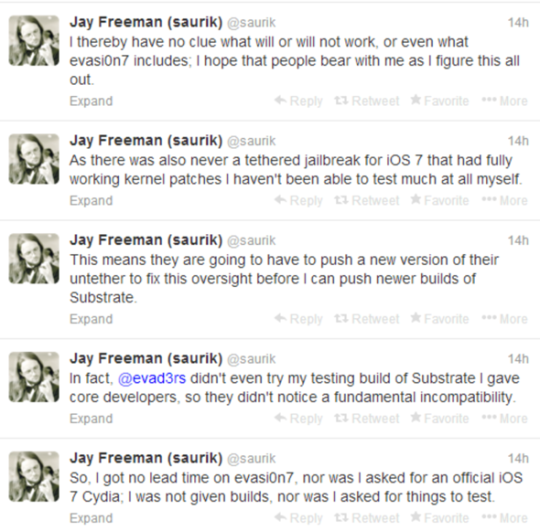 The bottom line is Evasi0n7 has ended up being the most drama filled Jailbreak release yet. Furthermore, with TaiG coming into the picture the dynamics of Jailbreaking have changed in the fact that this has become the first commercially funded Jailbreak.

What is your take on this all? Let us know in the comments section.