A new tweak was released on the ZodTTD & MacCiti repo today called Lock Music that allows you to control music playback on your iPhone, iPod Touch or iPad with gestures on the lockscreen. There is 5 gestures in total that include:

I tested the tweak out and can confirm it works exactly as advertised. I know there are other tweaks that provide similar functionality, but if you are looking for one that is compatible with iOS 6 then Lock Music will be for you. 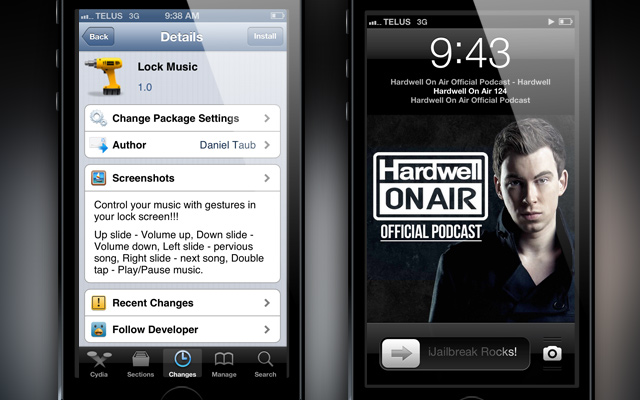 By default it will start music playback from the stock Music app on iOS. But if you are playing a song through another app like the PodCasts app then Lock Music can be used to control the playback of 3rd party applications as well.

If you are interested in Lock Music you can find it on the ZodTTD & MacCiti repo for free. Let us know what you think of the tweak in the comments below.