We’ve seen tweaks for personalizing carrier text (or images) in the past, but who really cares if my status bar tells me “Mike Rules!” every day? I already know that, and it’s not like anyone else is peeking over my shoulder while I’m using my phone. Two new tweaks in Cydia–DateCarrier and RAMCarrier–replace the carrier text with something useful for a change. 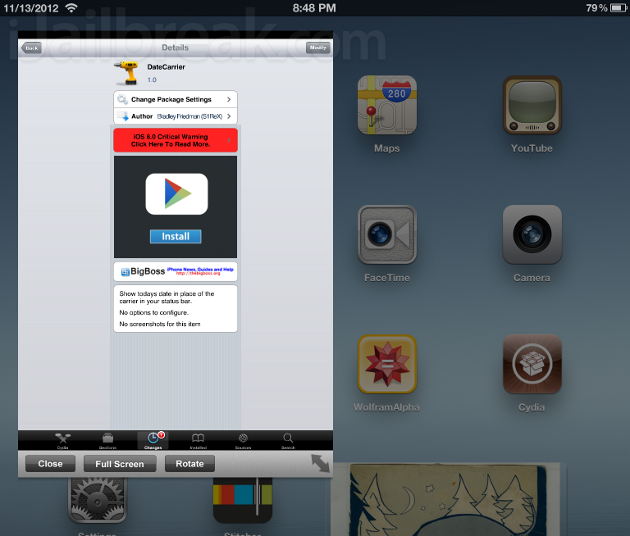 Though DateCarrier is not heavy on options, it does work as advertised.

DateCarrier displays the date in the lefthand corner of the screen, in the typical Month/Day/Year format as numbers. There aren’t any options to change the formatting, so if you prefer Day/Month/Year, or if you want the date spelled out, you’re out of luck. Altogether DateCarrier works well.

RAMCarrier is similar tweak that displays the amount of unused RAM available on the device. Unfortunately, RAMCarrier doesn’t seem to update properly, at least on my iPad. When I was going to test the meter by running demanding games in DosPad alongside Netflix, I found that the meter had actually frozen at 617.8 MB, while SBSettings refreshes to a more realistic 365 MB. Nothing short of a respring was able to fix RAMCarrier’s meter–and it quickly got stuck again. If you have to shut everything down to get a RAM meter to work momentarily, what’s the point? 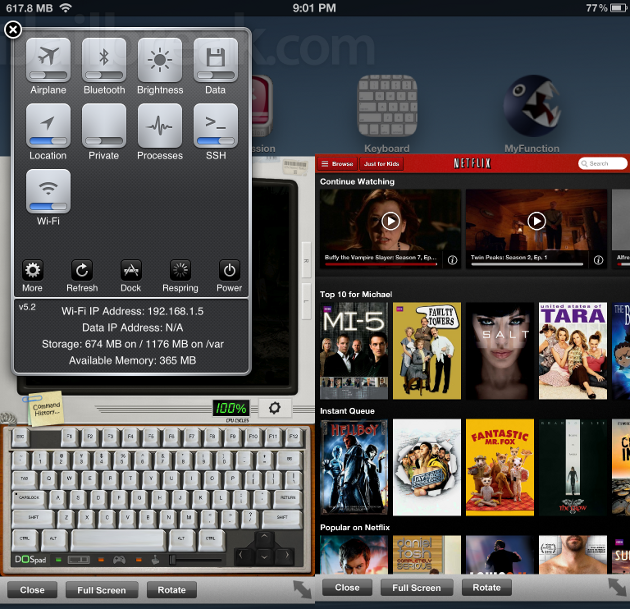 RAMCarrier did not pass our basic usage tests.

I think RAMCarrier could be a useful tweak, but at this point, it seems to be not much more helpful than the ‘iPad’ carrier message. On the other hand, DateCarrier works well. Both tweaks are available for FREE in the BigBoss repository on Cydia.

Hopefully we’ll see an update that improves RAMCarrier’s accuracy and stability  and maybe adds some Settings for us to fiddle with. But at this point, we’d go with DateCarrier.