I generally steer clear of ‘battery life’ apps, especially ones on the official App Store. My concern is how sandboxed software can possibly solve what is ultimately a hardware issue. Literally, the amount of power the battery can supply to the phone’s components. The game’s a little different in Cydia, where apps can have a finer control of Apple’s hardware. 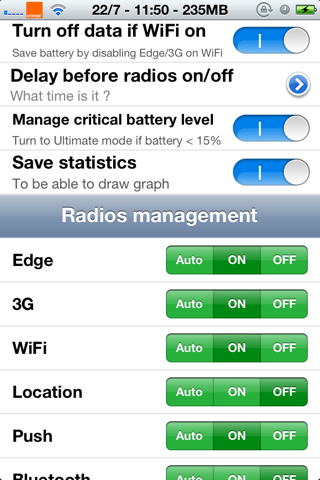 Given my attitude towards battery life apps, I was surprised by a recent twitter post from xVolks, the developer of BattSaver. “I have submitted an update of #BattSaver to thebigboss repo. It implements some of the most requested features. http://www.battsaver.com/faq/ ” What could the most requested features for a battery life app be? (As it turns out, the link in the post does not currently resolve as a working webpage and the Google cache was out of date.)

BattSaver works by setting up special power plans for the iPhone. These power plans can turn off radios and services as needed, such as Edge, 3G, WiFi, location services, and push notifications. These tweaks seem to be binary on/off(/auto) settings, without sliders for the transmit power of the radios (such as the option in MyWi). There’s also no option for underclocking the device’s processors. 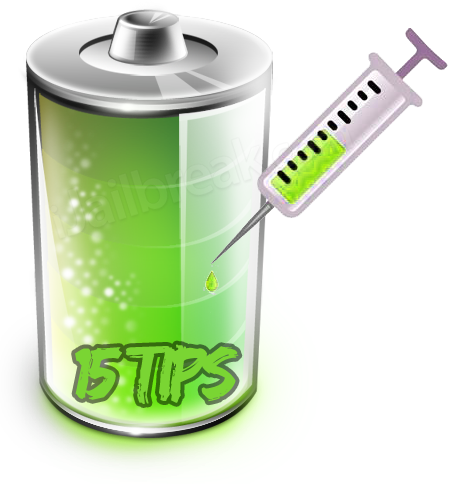 Although xVolks’ website is currently down, the changes made in version 1.1.0 are displayed on Cydia. The biggest change is the new settings for radio states at sleep, which allow for Bluetooth connectivity or internet radio while the phone’s display is off, although you will have to make specific settings per wireless service. xVolks recommends sticking to one option, as redundant active radios will drain the battery faster.

The app makes some radical claims, including the claim that it can save “up to two times [the Phone’s] battery life and more!” Maybe if you have a whole lot of push notification apps and have a habit of keeping all your phone’s radios on. Despite the claim, it’s also gotten a fair bit of endorsement. One recommendation is from Pimskeks, who was part of the Dream Team behind the Absinthe jailbreak. I figure he’d have an idea if BattSaver’s settings were worth using.

All this said, there’s not a lot that BattSaver can do that you couldn’t do manually with SBSettings toggles. BattSaver just automates the task for you, saving you time. If that’s worth $2.99, you can find BattSaver in the BigBoss repository.

Have you managed to double the battery life of your phone with an app? Share your thoughts in the comments section below.