Out of betas and to the public, Apple has seeded iOS 9.2 and it’s now available to download for iPhone, iPod Touch and iPad. The update comes almost two weeks after Apple stopped the betas. 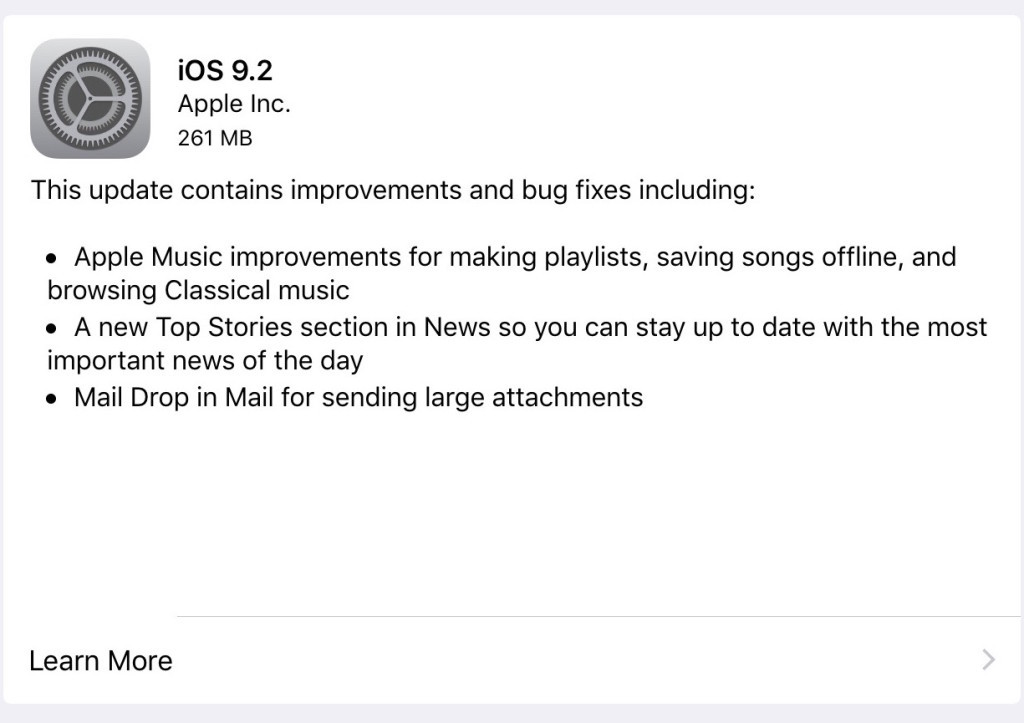 iOS 9.2 is a minor update featuring several bug fixes for Safari, improvements to Apple Music and Siri. You can now use the USB camera adapter from Apple to transfer photos from a USB drive to your iPhone, iPod Touch or iPad.

Here’s the complete changelog for iOS 9.2:

If you own an iOS device that supports iOS 9, you can install the latest iOS 9.2 update via OTA or via iTunes.

Apple has also released watchOS 2.1 for Apple Watch and tvOS 9.1 for the Apple TV 4. Download links for iOS 9.2 ipsw are available below or through the iJailbreak Downloads section. Make sure to download the right one for your device if you’re doing a fresh install via iTunes.

Are you going to update? Let us know in the comments.

Update #3: iOS 9.3 is now available to download for your Apple iPhone, iPad or iPod Touch.

Update #4: Apple has released iOS 9.3.1 for iPhone, iPad, iPod Touch, you can download the IPSW today!