If we look way back in the past, we would see a fight between some of the largest companies, Sony and Apple. Both were fighting for market dominance in the upcoming full high definition resolution market. Sony was pushing for something called Blu-Ray while Apple was behind the HD Movie front. While Sony won, Apple’s 1080p that was recently announced to be added to their iTunes Store still looks amazing!

Ars Technica decided to put these two giant sup against each other to see how much of a difference there is between Blu-Ray and the new 1080p content in the iTunes Store. They used the movie 30 Days of Night for the test as it was filmed in the common Super 35 (film) format, then transferred to a 2K digital intermediate. The iTunes download was a large 3.62 GB (where 1GB =2^30 bytes) contained a stereo AAC track as well as a Dolby Digital 5.1 track. The video resolution was 1920×798, as the Blu-Ray was on a dual-layer Blu-Ray disc having a Dolby Digital 5.1 track as well as a DTS-HD track. Due to DRM limitation, screenshots could not be taken so they were forced to take photos of the screen. They used a Dell U2312HM monitor (having 1920×1080) with a MacBook Air connected through the mini Display port and a Panasonic DMP-BD65 Blu-Ray player connected using an HDMI-to-DVI cable.

In all of the pictures to come, the iTunes version is the top or left picture and the BRD image is on the bottom or right-hand side. 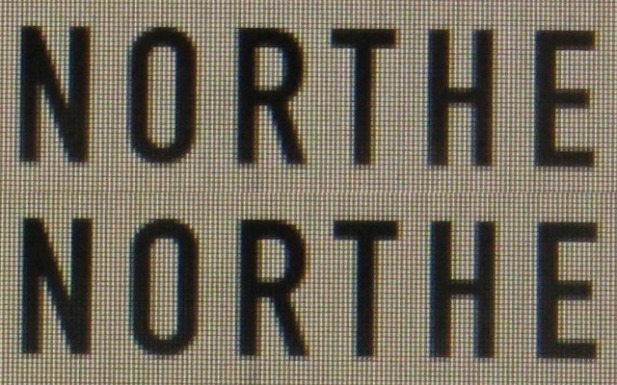 The text in both formats look to be very sharp. 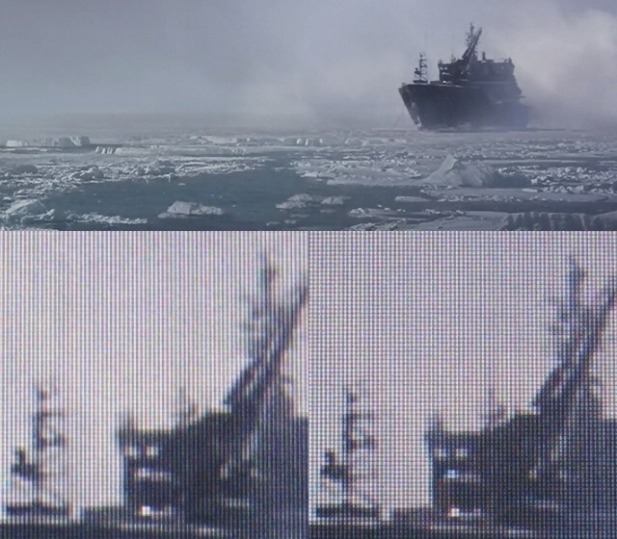 This is an early scene showing a ship on the ice-filled sea and as you can see the iTunes 1080p almost matches the Blu-Ray’s level of detail. The iTunes’ version is slightly softer than the BRD version to the right. 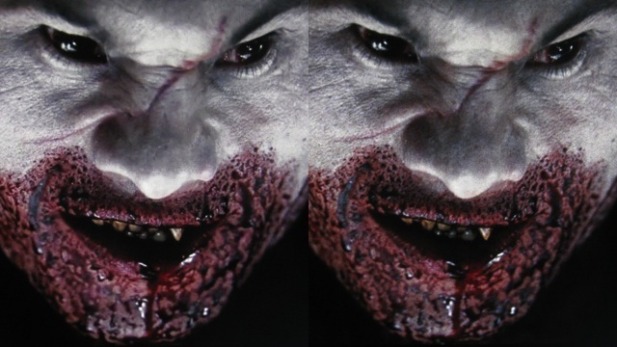 One good example of the difference between the iTunes’ and the BRD version is in the highlight details. If you pay attention to the detail on the bright parts of the nose and forehead, you see the BRD retain the detail while the iTunes version blows them out. 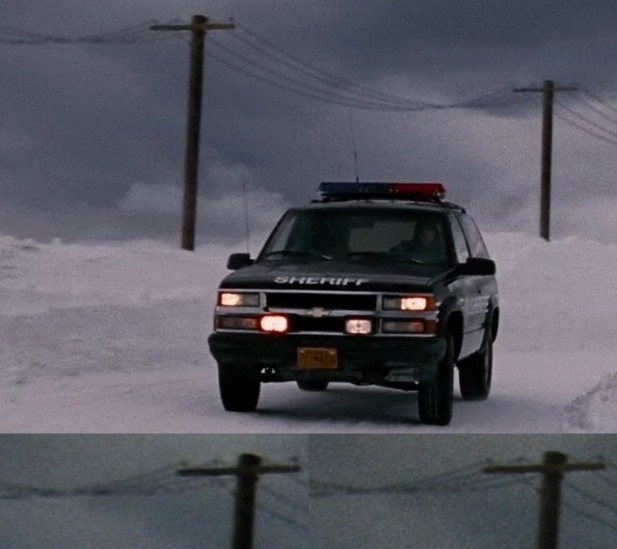 Another example showing iTunes’ version having difficult keeping up to the BRD is in noise and grain detail. The trouble with noise is that it’s random so it does not compress very well. Taking a look at these two comparisons we see that the iTunes’ version on the left does appear softer, while the BRD version on the right-hand side retains the noise and grain and the detail.

For a simple digital compression, the iTunes 1080p versions did fair quite well. For a fraction of the size of film, the iTunes download was exceptional! Sadly though, Blu-Ray discs can have uncompressed multi-channel audio, multiple audio language options and special features, all of which Apple’s 1080p movie downloads do not offer.

Have you pre-ordered the new 1080p capable Apple TV that we saw last week? I know I have! Tell us what is your favourite movie of all-time in the comments below.