Last week we covered one method for controlling iOS devices using other iOS devices. That method involved using VNC to virtually press interface elements on the other phone’s screen. While VNC is certainly the most flexible method for controlling another phone, its disadvantage is that even with the best WiFi network there’s going to be latency, because VNC relies on transferring the phone’s entire UI as a video feed. 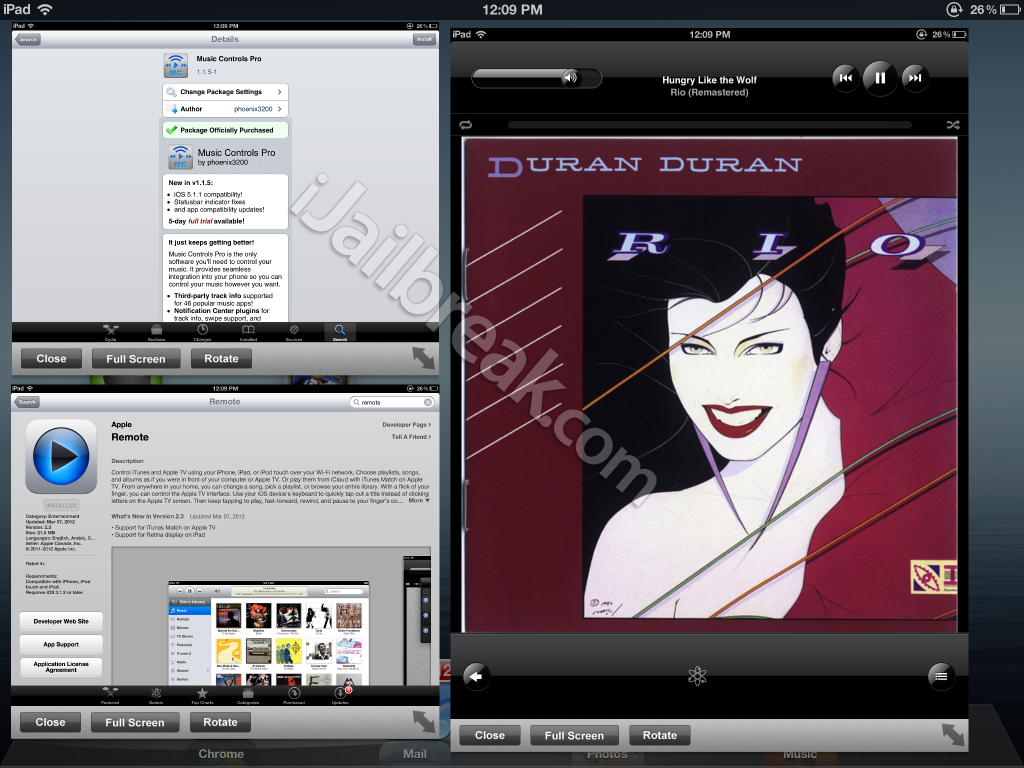 Remote paired to an iPhone through Music Controls Pro

There’s a more direct way of controlling another iPhone, and it involves pairing Apple’s own Remote app with Music Controls Pro. Apple’s Remote app is meant to allow an iPhone, iPad, or iPod Touch control the desktop version of iTunes or an Apple TV through WiFi, but Music Controls Pro can patch Remote into the iOS music apps.

At present this music control solution is limited. Even paired with the current version of Music Controls Pro, Remote can’t directly access an iOS device’s music library. It can launch supported music apps, such as Music, Stitcher, and iFile, but it doesn’t bring up direct controls for these apps. The the most basic controls for the current stream do work: back, forward, play/pause, and the volume slider, album art, as well as basic music info: the Song Title, Album, and Artist. On the plus side, Remote is very responsive. You press native buttons on your own screen and the other device reacts instantly.

So it’s not the most comprehensive controller for that old iPod you’ve promoted to Jukebox duty, but if you just need a method for pausing, adjusting the volume, and skipping tracks on a long playlist (or on Stitcher, Pandora, or 8Tracks) then you should be able to get some use out of this Remote tweak.

So now the question is how to set this up.

1. Install Remote on the device you will have on your person (Device A). Remote can be found here in the official App Store.

2. On the device you will have attached to your stereo (Device B), Search for Music Controls Pro on Cydia. The correct app will be available in the BigBoss repository.

1. Make sure that Devices A and B are on the same WiFi network.

2. Go into Settings on Device B. Scroll down to your Cydia extensions, and select Music Controls Pro.

3. (Optional) If you don’t want the other features of Music Controls Pro, such as Status Bar messages or Lockscreen Swipe Gestures, you can disable them here.

4. On Device B, go into Remote Settings and switch the toggle to ON.

5. On Device A, launch Remote. Select add library. Remote will give you a 4 digit pairing code. 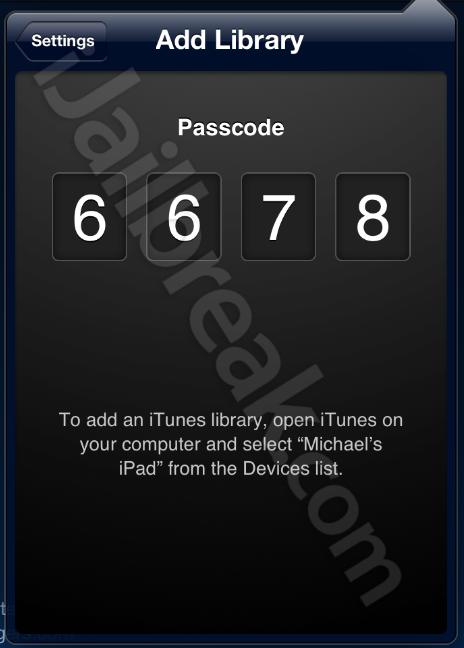 6. While still inside the Remote Settings page on Device B, you should notice a new button for Discovered Devices. Device A should be on that list. Select it.

7. Device B will ask you for the password displayed by Device A. Copy it in. 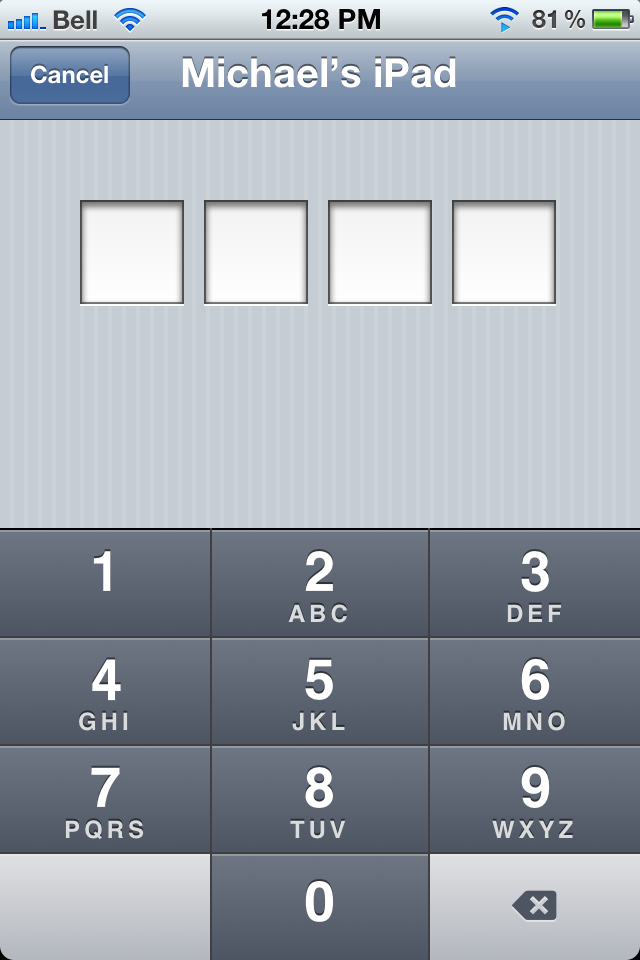 At this point, Device A should have basic control over Device B. For best results, make sure your intended playlist, stream, or app is already running (playing or paused) on device B.

Do you prefer Remote over VNC? Share your thoughts in the comments section below.