A few days ago we shared with you a video of iBooks working on the Jailbroken iOS 5 firmware. This video was created by iH8Sn0w who temporarily fixed the iBooks issue that has plagued users who have Jailbroken the iOS 5 firmware tethered. The reason why this iBooks error is present when Jailbreaking the iOS 5 firmware is due to some sandbox patching that RedSn0w/Sn0wBreeze do to the iPhone, iPod Touch and iPad’s kernel. 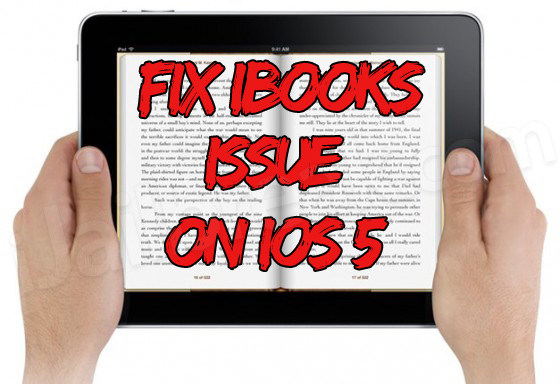 Even though iH8Sn0w managed to get iBooks working on the iOS 5 firmware, however, he mentioned that he will not be releasing a fix for iBooks on the Jailbroken iOS 5 firmware to the public. He stated that we will need to wait till the official Dev-Team release an official fix for the iOS 5 iBooks issue on Jailbroken iDevices. After reading this article we noticed a lot of you were disappointed by this fact. Thus, when we heard the folks over at iDB found a temporary solution to get iBooks working on the iOS 5 firmware, we knew we had to share it with you.

How To Fix iBooks Issue On iOS 5

Before you start following the quoted how to guide on fixing the iBooks issue on Jailbroken iDevices, we need to warn you that there are a few known caveats (bugs/things to keep in mind):

At this time this is your only option if you want to get iBooks working on Jailbroken devices running the iOS 5 firmware. If you still wish to proceed follow the steps quoted below:

Step 2: Open iFile, and copy iBooks.app from /var/mobile/Applications/(iBook’s folder)/ to /Applications. You can use SBSettings, or just go through each folder to identify the correct iBooks folder. If you don’t have a lot of App Store apps, this should be simple.

Step 6: Since you can’t use the iBookstore on device, and you can’t sync with iTunes, upload your .epub files using the methods outlined on the video, dropbox, etc. From there you can open them using iBooks where you will be able to read them.

After following the steps outlined above you should notice iBooks are now functioning on your iPhone, iPod Touch or iPad. Please let us know if you have any questions or thoughts in the comments section below…