If for some strange reason you ever wanted to connect a floppy disk to an Apple iPad then you will be glad to know such a feat has been accomplished. Tuaw has passed along a video showcasing a vintage Mac fan by the name of Niles Mitchell who has managed to import photos from a floppy disk using Apple’s Camera Connection kit. 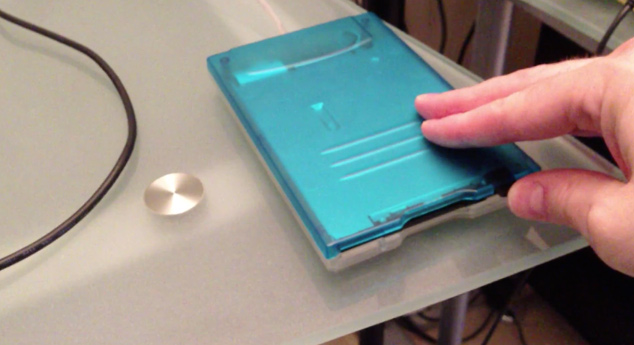 Here is the rundown on how it works for those of you interested:

Given a powered USB hub to provide adequate juice, it’s possible to fake out the iPad’s import process by using a MS-DOS/FAT formatted floppy and putting a “DCIM” folder on the disk. Any photos inside that folder that have DOS-legal filenames (8.3) will be read by the CCK and the iPad.

Is this little hack at all practical? Of course not, but it is still pretty neat nonetheless! Check out the video of Mitchell importing photos from a floppy disk to his iPad below and let us know whether or not you would find this useful in the comments.