The Galaxy Tab 2 10.1 P5110 recently received a firmware update that brought about a lot of new features. However, to install ROMS, apps and other tweaks that are unavailable on the official Google Play Store, you need the device to be rooted. Thanks to XDA Developers’ member Chainfire, it’s now possible to root the tablet.

The tool released for this  purpose is the famous CF-Auto-Root. It makes rooting a piece of cake and it’s ideal for those who are beginners on the customization scene. However, please note that the rooting is going to void the warranty of the device. Keep in mind though, that it can be unrooted if necessary.

Before moving on to the actual tutorial, there are a few pre-requisites you need to know about. First of all, the tablet model this guide is compatible with is P5110. Using the steps on other models may damage them permanently. You should charge the battery to a significant percentage level to avoid the device shutting down during the process. Security softwares have been reported to prevent some files from being installed, so a wise thing to do will be to disable them on your computer. Make sure that handset USB drivers for the device are already installed, and you’re on a Windows PC. Creating a backup of important files is always recommended before attempting such procedures. Lastly, follow each and every step at your own will as we won’t be paying any damages or take any responsibility if the device gets damaged. 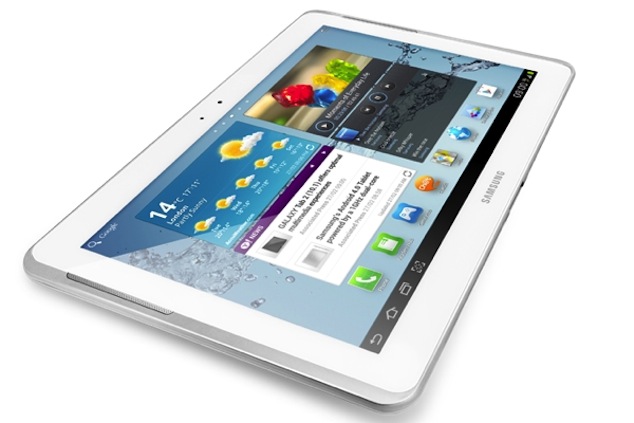 Step 2: Extract the contents of the package to any preferred folder on the computer.

Step 3: Launch Odin ‘.exe’ file from the folder where you extracted the content in the previous step.

Step 4: Restart the device and hold the right Volume Up button along with the Power button until a yellow sign appears, and when it does, press the left Volume Down button to enter Download mode.

Step 5: After you’ve entered this mode, connect the tablet to the computer with the help of a USB cable. Odin is going to display an ‘ADDED’ message and ID:COM is going to be yellow. It means the device was detected with success, and if no such message is displayed, reinstall the drivers.

Step 6: Tap the button that says ‘PDA’ in Odin and search for the CF-Auto-Root ‘tar.md5’ file where you extracted it. Leave everything else unchanged in Odin and also make sure the Re-partition check box is unticked.

Step 7: Now go for the ‘Start’ button, which will lead to installation. After completion, a ‘PASS’ message will be displayed to you after the tablet reboots. If the software gets stuck or displays a FAIL message, remove the back cover, take out the battery, and put it back in again. Now install the firmware and follow the steps from step 4 where you entered Download mode.