Saurik recently released an update to Cydia that brought along some cool new features. In Cydia 1.1.23, the user has the ability to downgrade a tweak or package.

Now why would you want to downgrade a tweak/package? Well, if the latest version of a tweak is buggy or doesn’t play well with other tweaks, then you can simply downgrade to the previous version.

However, since this is a new feature, most tweaks aren’t yet capable of downgrading themselves.

A previous version of the tweak or package has to be available on the repo. 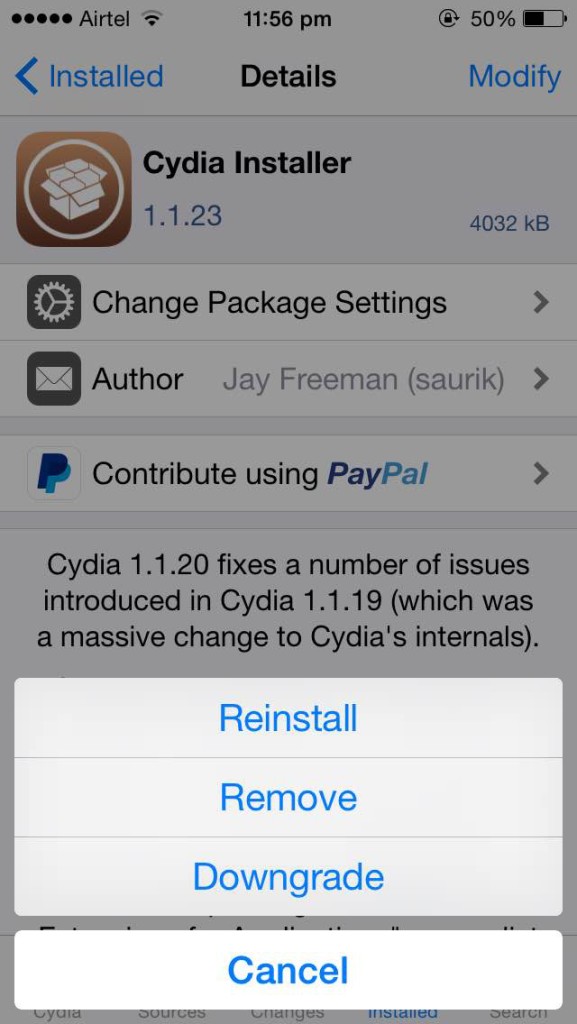 To downgrade a tweak or package on Cydia:

That’s about it. Downgrades will work all across Cydia, but you probably can’t perform them right now. The developers need to update the repos with older versions of their tweaks for downgrades to work.

What do you think of the new downgrade feature on Cydia?