Unfortunately for iPad users, not every iPhone app is developed alongside a big screen counterpart. If you’re using Apple’s tablets without a jailbreak, you have to get used to the pseudo-iPhone interface, which is clumsy in 2X mode. One recent iPhone-only app is the newly released App Store version of Google Maps, which is a shame because we love using the iPad’s big screen to navigate. 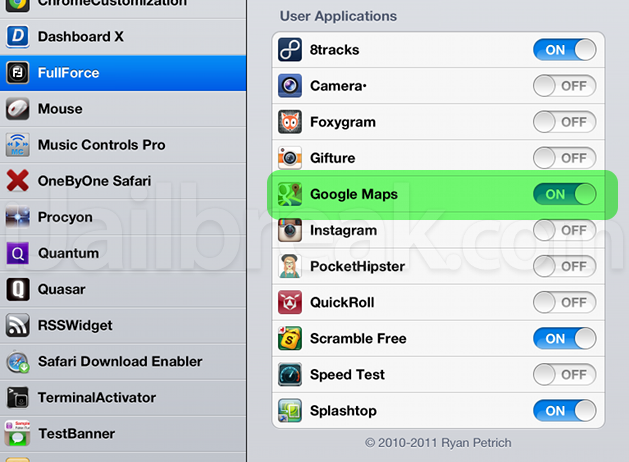 Once you have the tweak installed, the FullForce control panel can be found under Settings -> Cydia Extensions -> FullForce.

As someone who uses Quasar regularly, I’m a fan of FullForce. FullForce is a Cydia tweak that forces iPhone applications to look and act like iPad apps, with varying degrees of success. Some apps respond well to FullForce, others are stretched out oddly or only function in a corner of the screen. It’s a hit-and-miss trick, but when it works it works very well.

I’m happy to report that Google Maps + Fullforce works almost perfectly on the iPad. The interface fills the full screen in both landscape and portrait modes, the app uses the iPad keyboard, the streets appear sharp on the display, and the street labels are exactly where they are supposed to be. Even buildings in the 3D view appear as would be intended to. Sure, the side bar’s a little wonky looking–it could use a bigger icon–but everything else looks like it was made for the big screen. 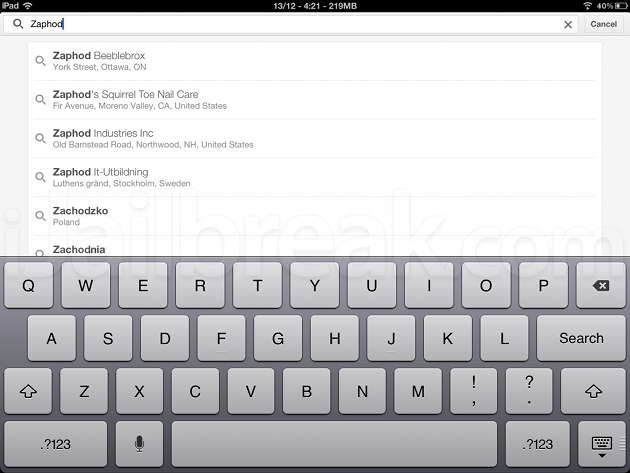 There are a few explanations for why this works so well. One possibility is the iOS version is still heavily related to the Android version, which by necessity needs to work with a variety of screen resolutions, which would mean we’ll see an updated Android version soon. Another possibility is the support Google included for stretching the screen out to the iPhone 5’s display also applies to the new iPad. 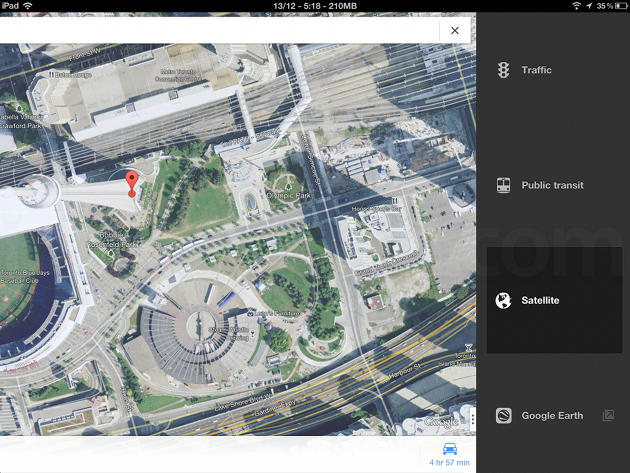 The only graphical issue involves tiny icons in the sidebar.

So the question is, if an old Cydia tweak can flip a switch and ‘port’ a 99.99% working version of Google Maps to the iPad, why didn’t Google spend two minutes refitting the icons for the sidebar and submit Google Maps as a universal app? Surely Google would prefer iPad users generating ad revenue for them, instead of Apple, Microsoft, or Nokia. The lack of a native universal app doesn’t make sense. 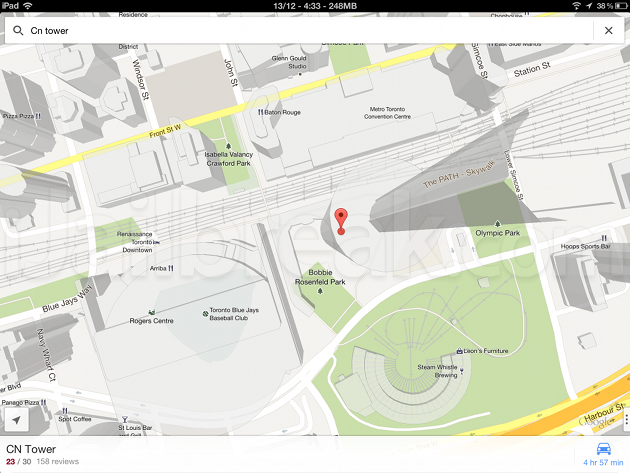 Even the 3D map geometry works.

Would you use the new version Google Maps on your iPad? Share your thoughts in the comments section below. (Now all we need is a maps equivalent of BrowserChooser.)