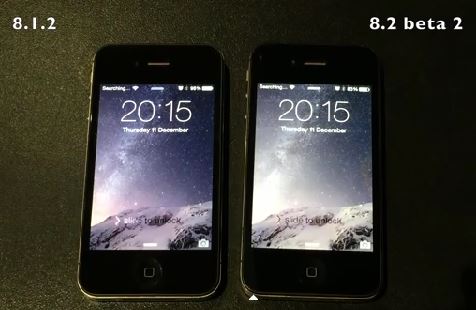 As per the video comparison, the iOS 8.2 beta 2 is slightly faster when it comes to opening/closing applications and other operations. The iPhone 4s does have an aging A5 processor and not enough RAM to run iOS 8 as fast as it runs on the newer devices. However, there are slight improvements in speed with newer iOS versions and iOS 8.2 beta 2 does show that. The final version will have even more bugs fixed and perform more smoother on the iPhone 4s.

There are plenty of users who are still on the iPhone 4s and the device will not receive any more updates after iOS 8.x. The video below demonstrates how iOS 8.2 beta 2 runs on the iPhone 4s:

iOS 8.2 update will mostly come in the first quarter of 2015, along with the release of Apple Watch.