Apple has just released the official iOS 6.0 firmware for your iPhone 3GS, iPhone 4, iPhone 4S, iPhone 5, iPad 2, the new iPad, 4th generation of the iPod Touch, and the 5th generation of the iPod Touch. The iOS 6 firmware comes with numerous improvements over the previous iOS generations including a Apple’s own 3D maps application, the Passbook wallet app, Siri for the iPad and much more. Apple boasts that there are over 200 new features in the iOS 6 firmware for you to play around with.

Apple has included the iOS 6.0 changelog that can be seen through the Over-The-Air update (OTA) screen on your iPhone, iPod Touch or iPad or through iTunes.

This update contains over 200 new features, including the following: 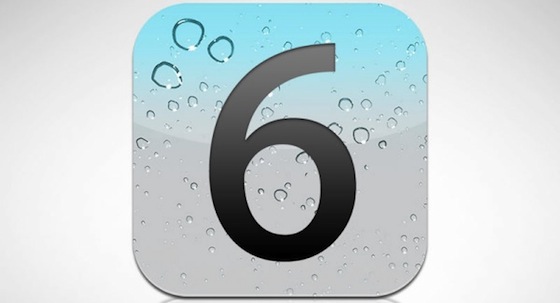 You can download the official iOS 6.0 (IPSW) firmware files for your iPhone, iPod Touch or iPad from the direct download links shown below. Keep in mind that we will update these links when Apple makes them available. If the direct iOS 6 download links are not working you can alternatively try downloading it through iTunes or OTA.

Be sure to let us know if you will be updating to the iOS 6 firmware and for what iOS device in the comments section below.

Update #2: MuscleNerd Sends Out A Warning To Jailbreakers About iOS 6 And Downgrading

Update #4: The Official Statement On Downgrading From iOS 6 To iOS 5 From The iPhone Dev-Team