Winocm is a well known jailbreak developer and iOS hacker, he’s so good that even Apple wants him to go work for them later this year. He helped iH8sn0w with the development of p0sixspwn jailbreak, released a video last week where he showed an untethered jailbreak for iOS 7.1 on an iPhone 4. Earlier today, he released another interesting video that shows him triple-booting three different versions of iOS on his iPad 2. 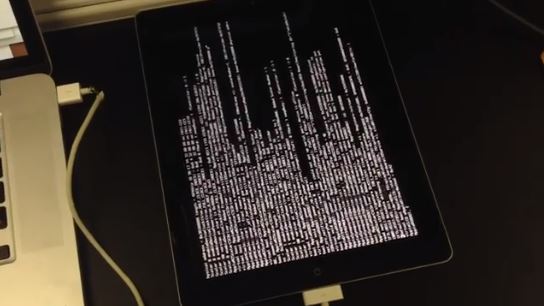 In the video, found at the end of this post, you’ll see Winocm perform some tricks that make his iPad 2 boot into iOS 5.1, then iOS 6.1.3, and then into iOS 7.0.6. This is really cool stuff, but don’t expect to see this available for public use. The hack looks like it’ll also require the brains of an experienced developer.

In the description, Winocm jokes that we might see a release for this in 7 years. Can not wait for 2021!

Since some people can’t tell the difference between say, iOS 5 and iOS 6 based on icons. Oh well. Hopefully the massively white iOS 7 UI will open your eyes. Oh yeah, no evasi0n7 either. :D)

What do you think of this hack? Wouldn’t you want to triple-boot or at least dual-boot your iPad?