Want to install XBMC on your jailbroken Apple TV 2? You could mess around with Terminal commands, but wouldn’t you be more comfortable with a GUI? We’ve covered the nito Installer software that automates the process from an iPhone, iPad, iPod Touch, or Mac computer in the past, but what if you just have an Apple TV and a Windows computer?

Lucky for you, Brandon Holllan recently ported Kevin Bradley’s nito Installer to Windows. The Installer is identical to the Mac version, with options for installing, upgrading, or removing both the NitoTV and XBMC software, as well as instant access to popular XBMC repositories and packages. There’s even a bar for running terminal commands over SSH for direct control over your Apple TV’s system, if you need it. 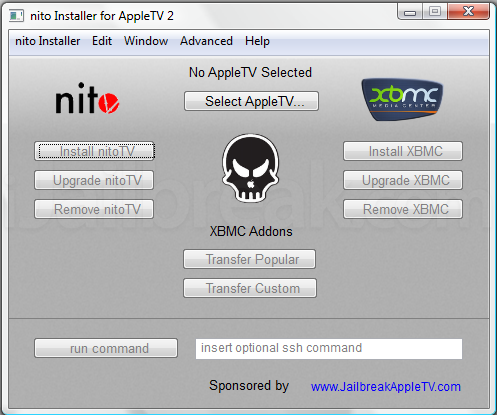 All you need to do is install the software from the JailbreakAppleTV website, select a directory and let it install on your machine. Once installed, you can open nito Installer, select Apple TVs on your WiFi network, and select whichever option you want from main screen. You may want to select the option to Transfer Custom XBMC addons, as the default popular addons are a little eclectic. 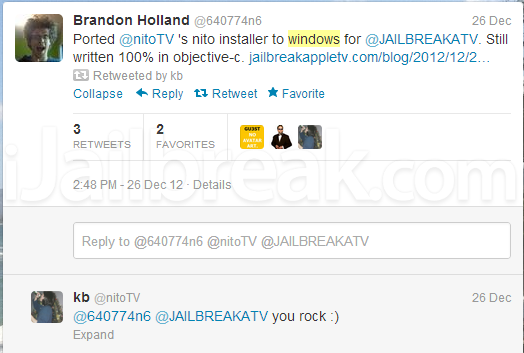 You can download nito Installer for Windows. The software is free to use, and works with jailbroken AppleTV 2s.