In either case XBMC doesn’t come with the best plugins pre-installed. Out of the box you have a barebones installation and access to the default XBMC repository where not everything works. 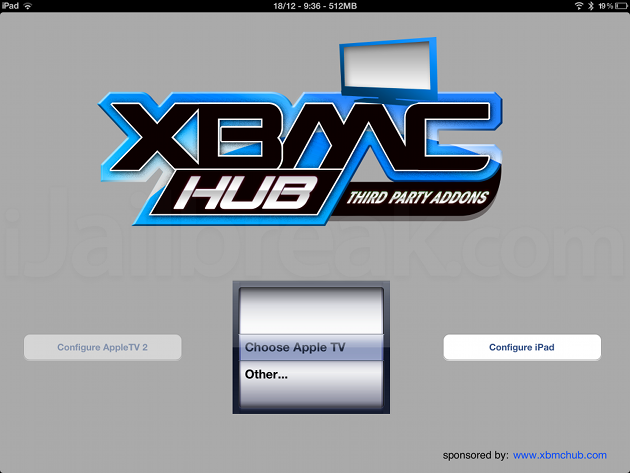 XBMC Hub Wizard installs third-party plugins on iOS with one button press–and a bit of a wait.

The Tweak: XBMC Hub Wizard is a utility that installs a whole bundle of popular apps and repositories to your Apple TV, or iPhone/iPad/iPod Touch. When you start up the XBMC Hub Wizard you have two options: configure AppleTV 2 or configure your local device. Press the button and the process launches.

This process really takes a while. For me, it took maybe twenty minutes on my speedy iPad 3 and a halfway decent DSL connection. On a slower machine or a worse connection, this process could take longer. 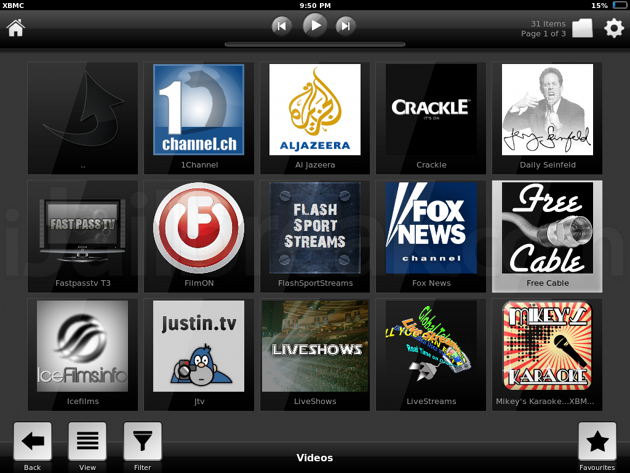 Not my first choice of channels, but you can pick and choose from the included repositories.

Caveats: Despite the fact that XBMC Hub Wizard was explicitly designed for iOS devices, some of the plugins included don’t work (hint: almost anything with the word “flash” in the title). Another possible point of contention is that the bundle also includes plugins which are explicitly designed not just to provide access to legitimate sources of content, but also pirate sites for TV shows and movies. The mix of preinstalled plugins is baffling, which includes Fox News and the CBC’s French language Tou.TV service, but there are many more to choose from in the repositories. It’d be great if we could configure the selection of apps we’d like to install from the get-go.

Where to find: Like nito Installer, XBMC Hub Wizard can be found for free in the BigBoss repository on Cydia.