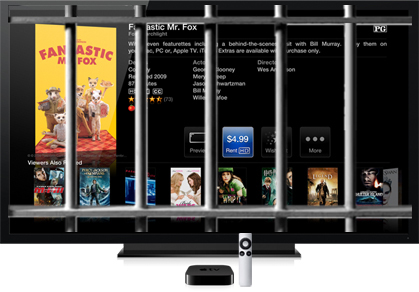 For those with a jailbroken Apple TV you have probably realized there is no substitute for Cydia for installing unofficial software like XBMC or NitoTV. To install this software on your Apple TV you are required to use SSH or Terminal commands. The folks over at JailbreakAppleTV however, have finally developed an application for jailbroken Apple TV users that will make installing 3rd party software a breeze.

This application is called Nito Installer and in a few clicks you will be able to easily install NitoTV, XBMC and popular XBMC addons like Transfer Popular and Transfer Custom. For advanced users there is also an area to enter option SSH commands. 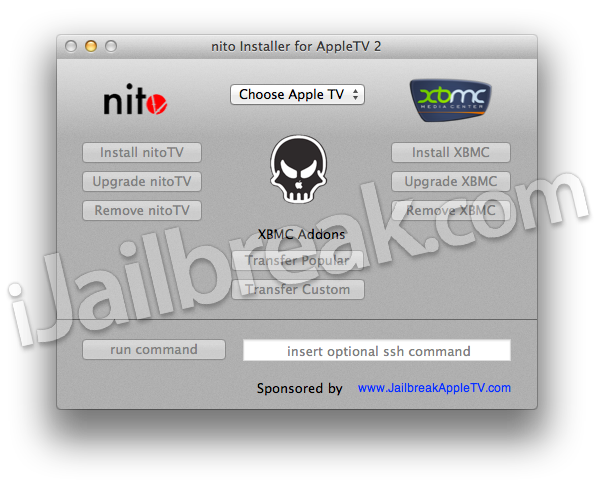 If you don’t currently have a jailbroken Apple TV 2G then you should follow one of our guides to take advantage of this great new tool. For those of you who are already Jailbroken you can download Nito Installer from the iJailbreak Downloads section.

We will have a how to guide on using Nito Installer in the near future, but until that time please leave any further questions or thoughts in the comments. Also, on a side note, only a Mac OS X version is available. I have emailed the developers to see if there is plans for a Windows version, and will update you when I get a reply.