Are you a Mac user? Have you been waiting to jailbreak your iOS device running iOS 8.4?  Lucky for you, the 25PP team has released their own iOS 8.4 jailbreak tool for Mac. 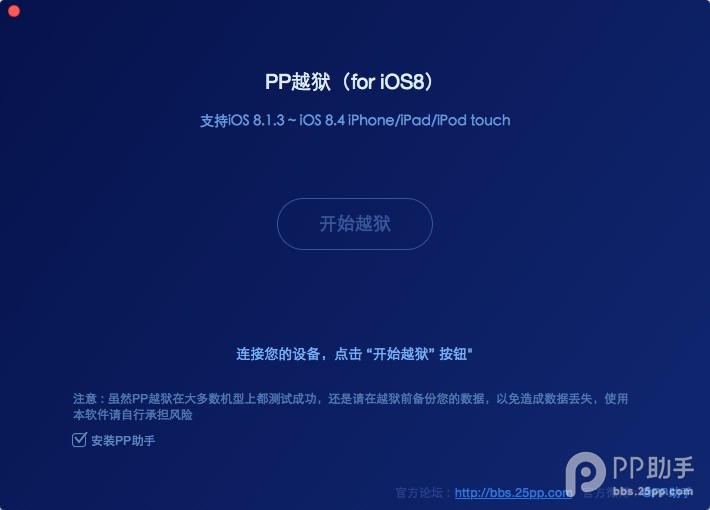 TaiG accused and proved that 25PP had stolen their code and used it in their version of the iOS 8.4 jailbreak tool. Things have been quite after that, but not anymore.

Several users have been waiting and asking the TaiG team to release a Mac version of their iOS 8.4 jailbreak tool, but there has been no updates from the team yet. That’s where 25PP comes in! They probably did steal the code, but at least they made their own Mac version.

We’re not supporting any one here, so use the iOS 8.4 jailbreak tool for Mac from 25PP at your own risk. It does work without any errors and it will jailbreak your iOS 8.4 device.

You can download 25PP iOS 8.4 Jailbreak for Mac from our Downloads section.