Apple released iOS 8.1.1 to the public earlier this week. This new iOS update patches the Pangu iOS 8 – 8.1 jailbreak, but that will not stop jailbreakers. 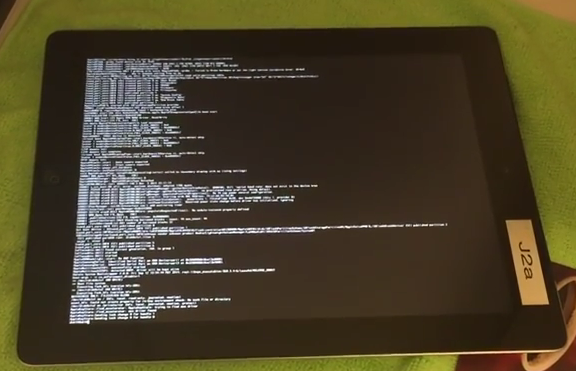 Famous iOS hacker iH8Sn0w has posted a video showing an iOS 8.1.1 untethered jailbreak running on an iPad 3 (J2a). The video shows an iPad 3 running Verbose and a custom boot logo jailbroken on iOS 8.1.1. This means that there are still exploits that can be used to jailbreak iOS 8.1.1. He also mentions that the jailbreak is not bootrom or HFS based and uses some new reasearch that @XanderKitteh and he did.

The jailbreak is untethered as the iPad 3 boots without any problems. However, it only works with older devices that use a 30 pin connector. It’s also best not to get your hopes up, because iH8Sn0w has always teased new jailbreaks, but never really released it to the public. Here’s the video showing the iOS 8.1.1 untethered jailbreak:

It’s good to know that iOS 8.1.1 can still be jailbroken, but if you want to remain jailbroken, it’s better you don’t update. Maybe Pangu will release an update to their Pangu8 jailbreak adding support for iOS 8.1.1.