I have been a user of both ProTube and Bridge for awhile now. Enjoying the abilities to download YouTube videos or stream videos at a different quality is great within the YouTube app without ads as well. However, while Bridge allows users to import movies or music to their stock Apple applications like the Video and Music app, it doesn’t allow for iTunes sync. In addition, while Bridge allows users to change the metadata, sometimes users have to enter “everything” from album artwork, artist name, album name, track number, and so on.

When using Bridge to import downloaded music from other apps like MewSeek, it seemed to work a little better because most of the time I had to add only the album artwork or track number, but there was still no iTunes sync. The developer of Bridge is thinking of adding the iTunes sync feature in a future update, but when? Why have an import function on your iPhone when iTunes doesn’t recognize your videos or music videos? Why just transfer your music or videos via the appropriate folders from your iPhone to your computer, convert them and sync with iTunes that way? Transferring files using SSH, then having to convert those files, rename and possibly fix them to open and work in iTunes can take a long time.

Would you like to have ProTube, but have the ability of iTunes recognizing your videos or music videos? 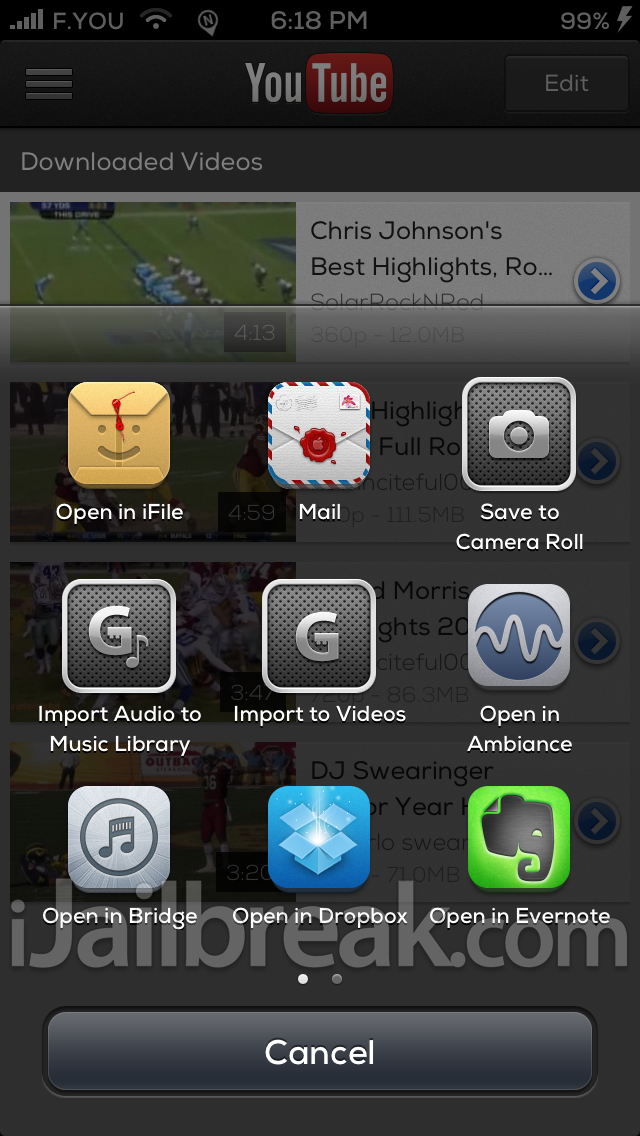 The YourTube iOS 6 update allows users to edit the metadata before importing their videos, which recently only had the ability to import videos as music videos, and resulted in movies getting synced to both the Video app and Music app. Users can now also download and stream video’s in 1080p and bypass the 18+ age restriction. Finally, the update allows users to play and download videos in the background while doing other things on their iDevice. 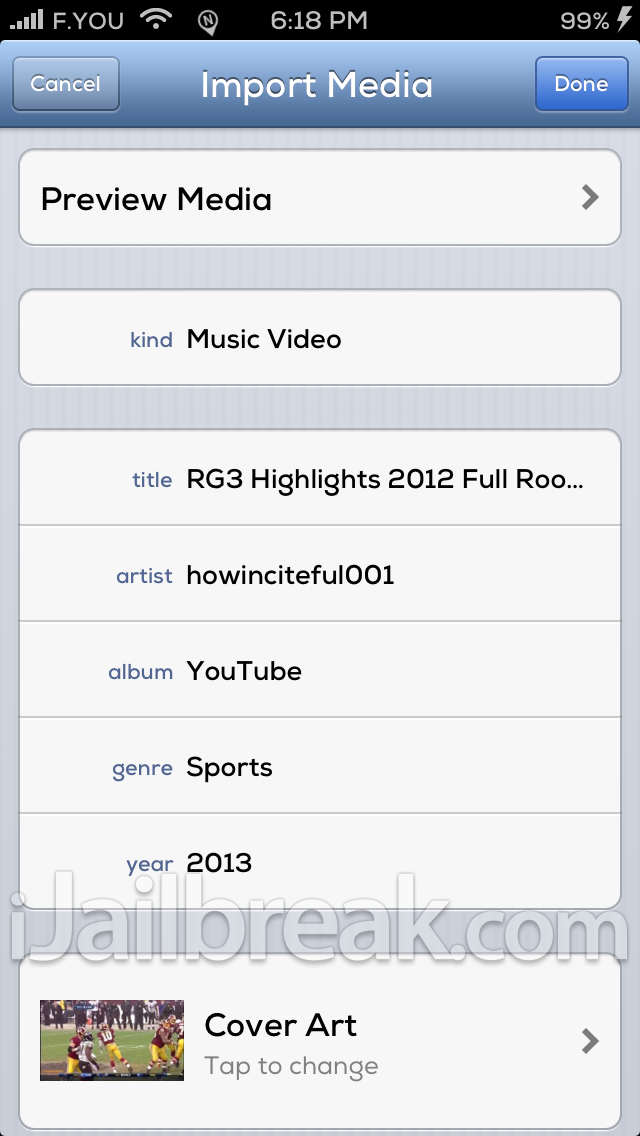 After using both ProTube with Bridge and YourTube, I have come to the conclusion that YourTube is the way to go. If users want to have an additional app like Bridge to at least import videos or songs to the stock Video and Music app, it isn’t a bad option either; just remember “Bridge only allows you to import Podcasts at this time to your computer.” 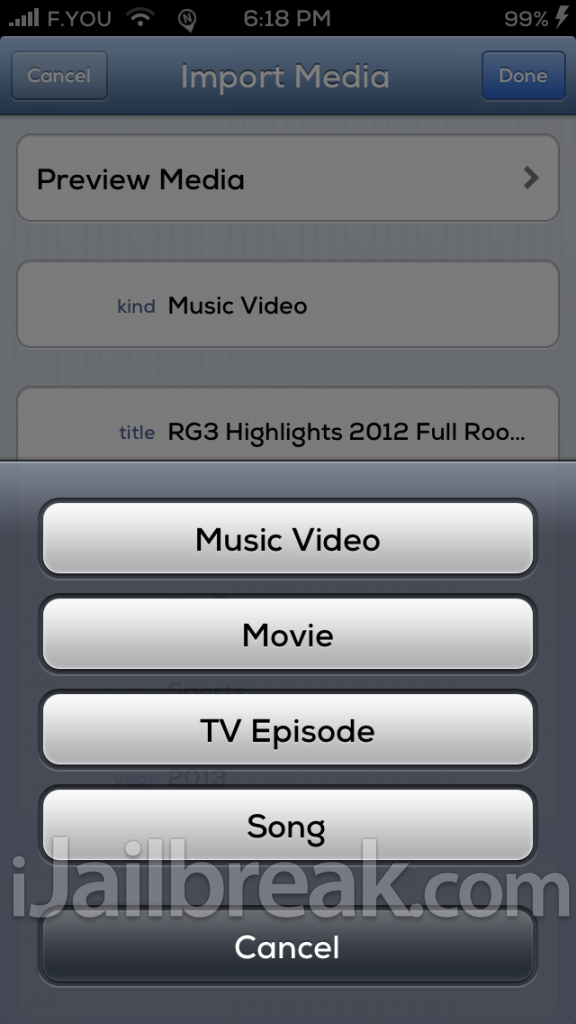 YourTube for iOS 6 is $4.99 for new users and is a free upgrade to those who already own YourTube or YourTube HD. In addition, YourTube for iOS 6 fully supports any iPhone, iPod touch and iPad running iOS 6 or higher. It seems like CocoaNuts has been putting out some nice tweaks for us lately and this great update came out days after they released the new iOS 6 version. Let me know what you think in the comments section below. I think this is a great addition to any new Jailbroken iPhone.