The ProTube Cydia app is a complete YouTube application with tons of advantages over Apple’s stock YouTube.app. In ProTube you can browse normally through YouTube, watch videos in High Quality or Standard Quality, manage your account, comment etc. You can also download an unlimited amount of YouTube videos and watch them offline. If you are someone who would like to download the audio from Music videos, for example, just the mp3 audio can be downloaded too.

The ProTube Cydia application also includes a complete download manager, and includes support for AirPlay so you can stream videos to your TV. Another neat feature is that downloads can be interrupted and ProTube also will block annoying ads which makes loading of YouTube videos even faster. 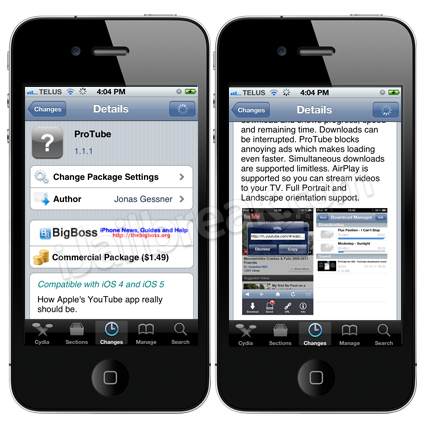 If you are interested in this app you can find it through the BigBoss repo for $1.00.

The Cydia application ProTube HD is a complete YouTube app with a handful of advantages over Apple’s stock YouTube.app for the first-generation and second-generation iPad. 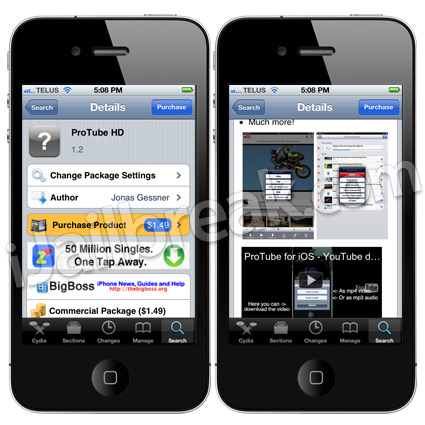 The HD version is also available in Cydia via the BigBoss repo but for a price of $1.49.

We already told you about an awesome Cydia tweak known as ProTube, a perfect and better alternative to the stock iOS YouTube app. With the ProTube tweak, you could not only watch videos, but also download them, convert them to Mp3 and manage all that. Now, the tweak has received an update and a hoard of new features that make it even better. 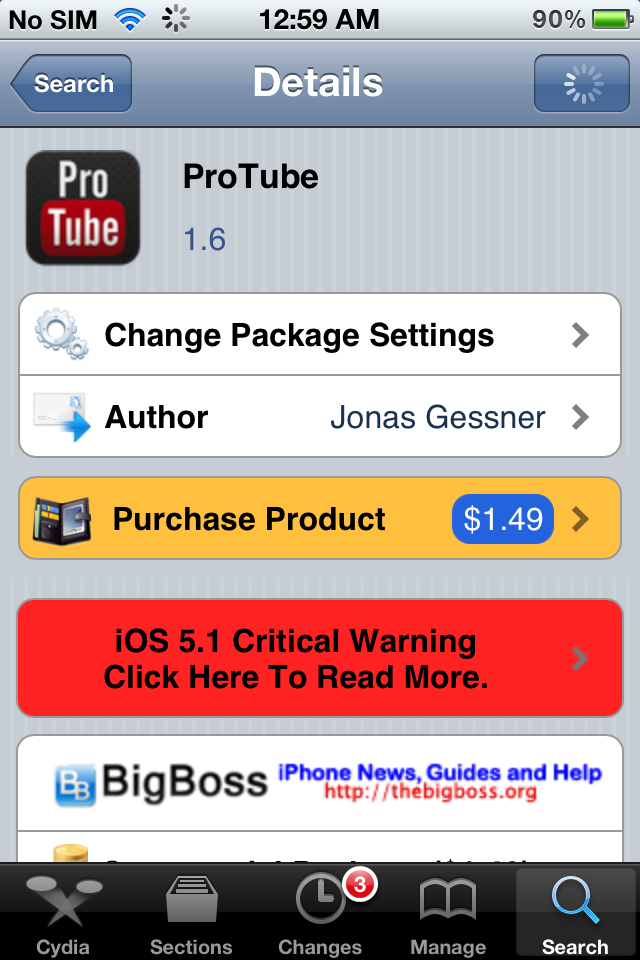 ProTube 1.6 adds a handful of new features to the app, including a completely new user interface and download manager. You get all the features from the previous version and then some more. Such as, social sharing, new swipe gestures, smoother and memory friendly interface, new Ad blocker etc. The stock YouTube app doesn’t have any amazing features that can beat this app. If you don’t mind spending some money and have a jailbroken iOS device lying around, then you should get this tweak.

Here’s the full list of changes that version 1.6 brings:

Oh yeah, ProTube 1.6 is now fully iOS 5 compatible, but also works with older devices running iOS 4 and above. Also, you can download those favorite videos of yours in full HD and open it in your favorite player.

It’s available in BigBoss repo for $1.49. Try it out and let us know if you liked the new improvements.

Update #4: Why The YourTube For iOS 6 Cydia Tweak Is Better Than ProTube [Comparison]