This tweak is called Still Capture Enabler and as I am sure you can guess, it will enable the ability to capture stills while filming video on your 5th generation iPod Touch. This functionality is already present on the iPhone 5, and it is strange that Apple hasn’t enabled it stock with the iPod Touch. Nevertheless, that’s why we Jailbreak! 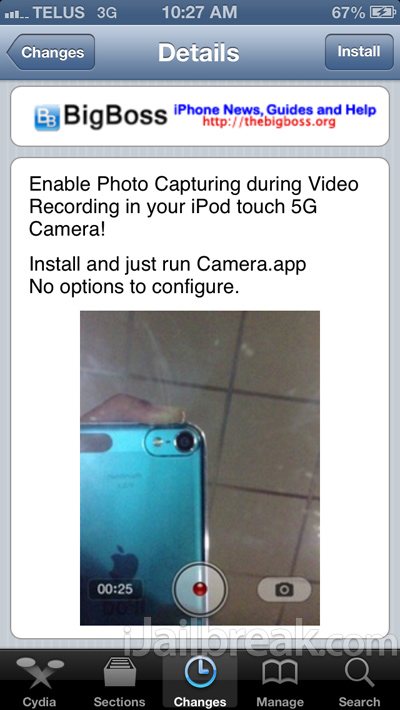 You will be glad to know that the Still Capture Enabler Cydia tweak is available for free through the BigBoss repo in Cydia. There is no options to configure with this Cydia tweak. You simply install it, and it works. I haven’t had a chance to test this tweak personally as I don’t own an iPod Touch, but considering it comes from the same developer as LLBiPT5, you can expect it to work as advertised.

Let us know if you had success enabling still capture mode while shooting video on your 5th generation iPod Touch with the Still Capture Enabler Cydia tweak in the comments section.