QuickShoot Pro is a premium Cydia tweak that was released recently that allows you to quickly shoot photos or videos by setting Activator actions or by double tapping the Camera app’s icon. If you have ever missed out on a moment because you were too slow taking a picture or shooting a video, then you will want to pay attention.

Once you download QuickShoot Pro from Cydia it will be enabled by default and you can test it out by double tapping the Camera app’s icon. A little animation will be displayed and your photo will be taken and saved to your camera roll automatically, without having to launch the Camera app.

QuickShoot Pro actually has a bunch of Settings that you can configure from the Settings app that includes the ability to activate the front or rear-facing camera, adjust the video quality (which we will get to in a second), turn flash on or off, enable HDR, enable Anti-Blur or set Image and Video capture shortcuts. 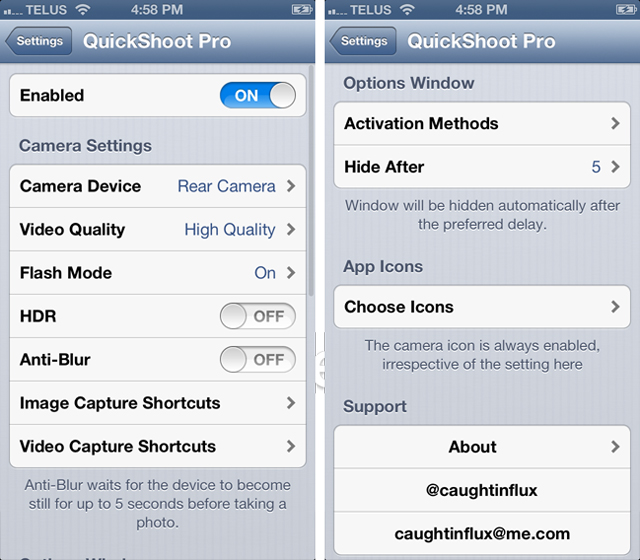 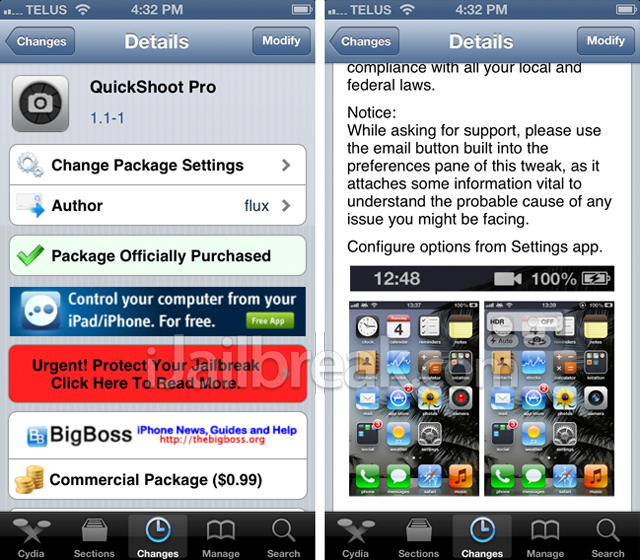 For those that use different Camera apps you can also set it so the double tap to take a photo action works on other apps as well. All-in-all QuickShoot Pro is a great Cydia tweak and you can find it on the BigBoss repo for a price of $0.99. Be sure to check out our video review below and let us know what you think in the comments section.