Have you ever wanted to tweak the font of the notification banners on the iPhone, iPad, or iPod touch? While Apple’s default font is inoffensive, it’s also kind of bland. Quantum is a recent addition to Cydia, and it allows you to pick from over 30 different fonts. 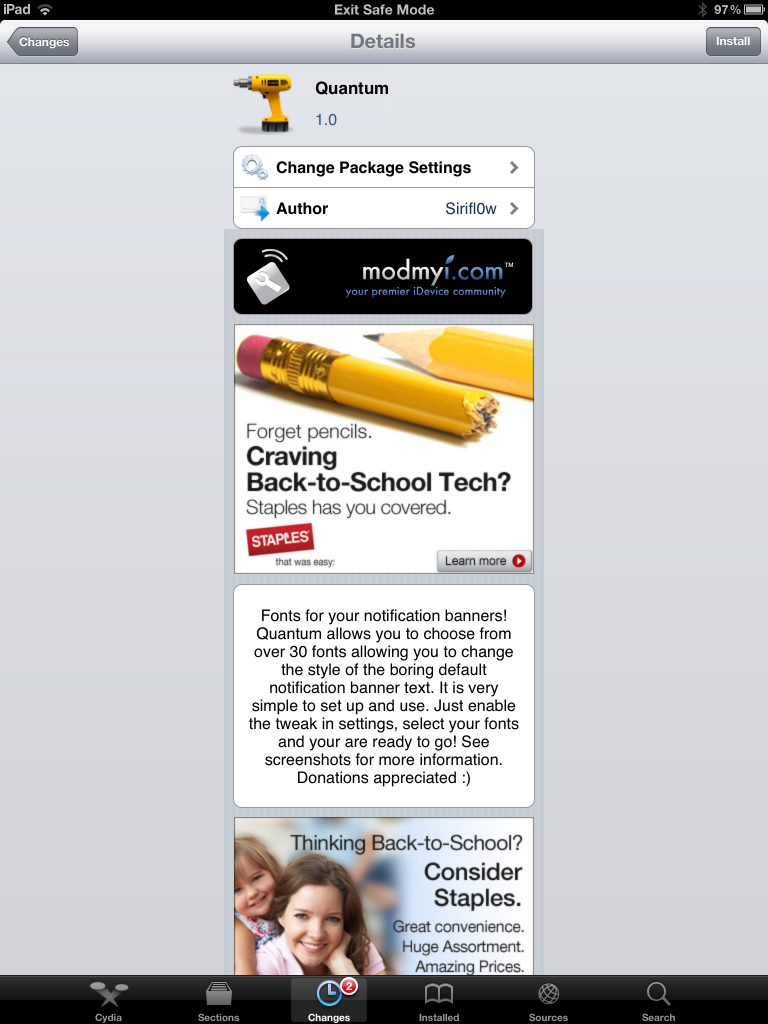 Quantum can be installed from Cydia for free through the ModMyi repository. Once the tweak is installed, you can edit the notification banner’s font by opening Settings, then scroll down to Quantum in the Cydia extensions. Quantum will allow you to select a font for the banner title and message. Respring your device and your notifications font should be altered.

One weakness of Quantum is that it doesn’t have a bold version of every font, which means that if you want the title and message to match, but be visually distinct, you may be out of luck. Currently you have options for variants of Arial, Courier, Georgia, Helvetica Neue (if you’re boring and want to use the default font), Times New Roman, Trebuchet, and Veranda. There are other fonts available, but you’re going to have to play mix and match with the stragglers. Unfortunately some of the more exotic fonts don’t always come with bold or italic pairs. 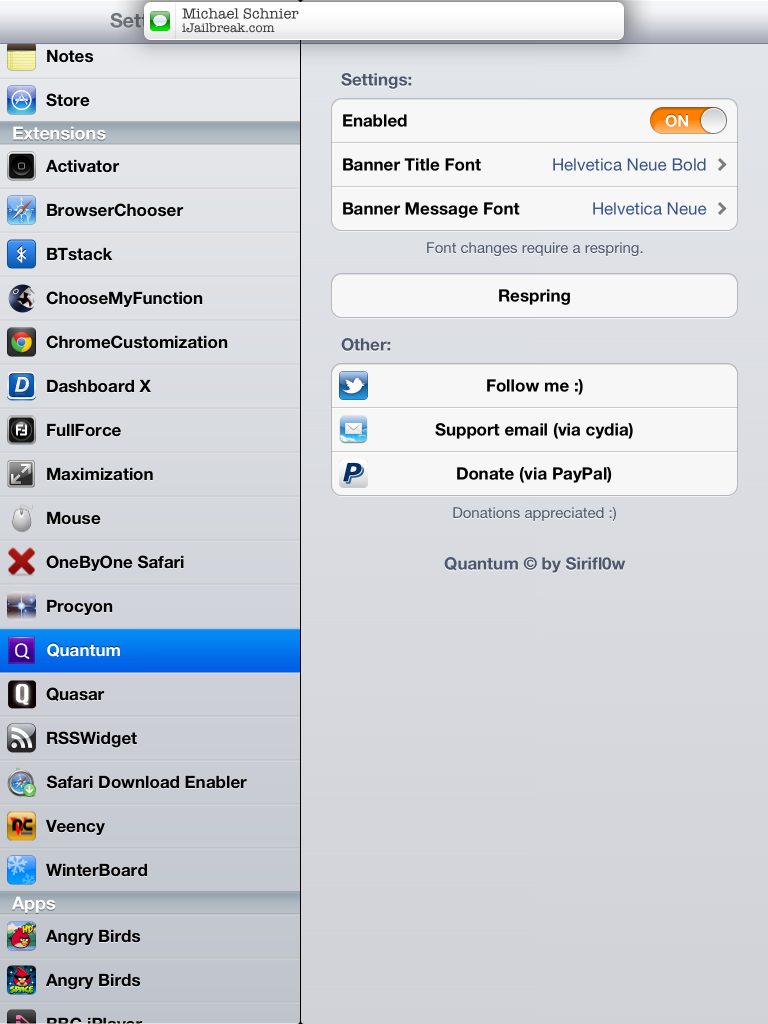 An option to render any font as bold would improve the tweak greatly, though may not be feasible for alterations of OS assets. Another improvement would be font previews. Who knows what Courier Bold Oblique looks like off the top of their head?

As a free tweak, Quantum is worth an install to anyone who wants to alter the iPhone’s notifications font without mucking around with WinterBoard.

What font do you prefer over Helvetica Neue? Share your thoughts in the comments section below.