Back in April we covered DisableNC, an app which would prevent gamers from accidentally triggering the Notification Center tab while playing a game. NotiQuiet is another tweak/workaround for disabling unwanted interruptions in iOS. 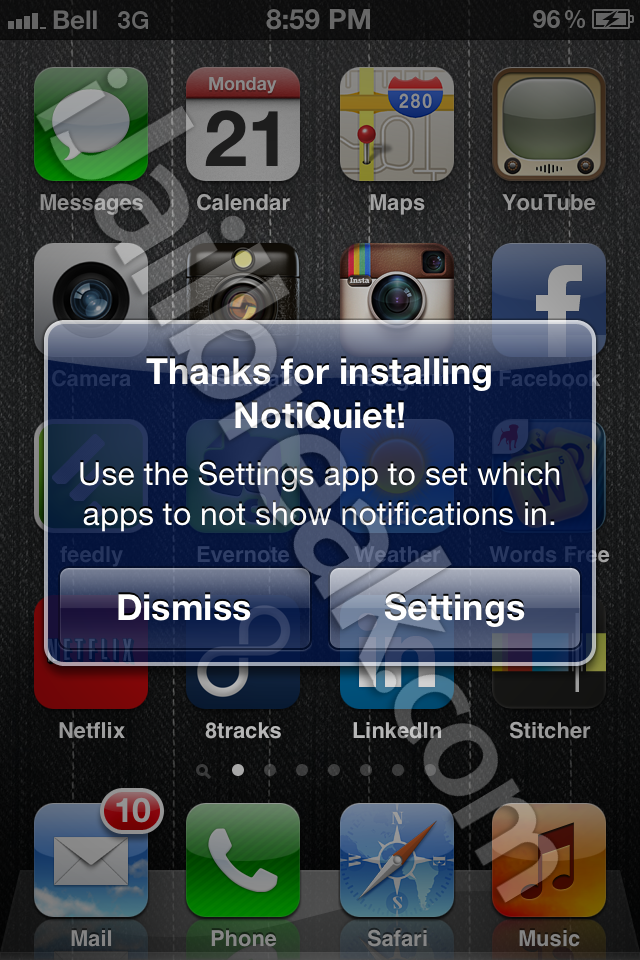 Ironically, the first thing NotiQuiet does is call up a dialog box.

Do you hate when you’re watching a movie and a notification pops onto the screen? Or if a notification pops up during a game, blocks your buttons, and causes you to mess up and die horribly? That can be avoided with NotiQuiet. NotiQuet installs a menu in Settings, where you can toggle to enable NotiQuiet or fine-tune the apps which the tweak affects. NotiQuiet uses the AppsList plugin and is able to support all the apps you’ve downloaded.

I was worried that NotiQuiet would actually disable notifications while in a designated app, meaning they wouldn’t be recorded, but this is not the case. While the notifications don’t pop up on the screen, you can still find them logged in the Notifications Center. NotiQuiet also doesn’t block calls, only notifications. 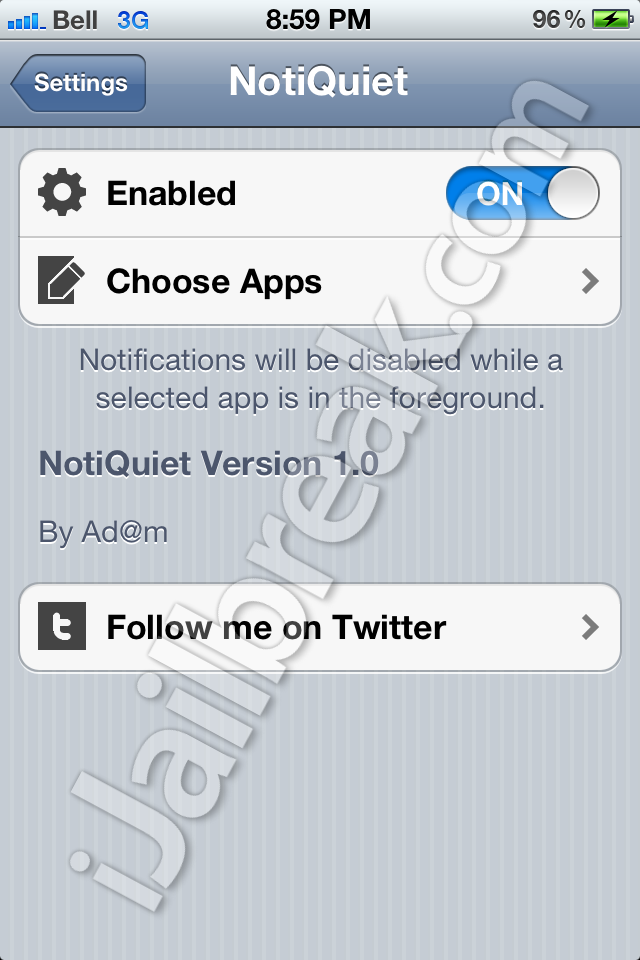 NotiQuiet's menu, which features a enable toggle, options for specific apps, and a link to the developer's Twitter feed.

As for improvements to future versions of NotiQuiet, I would like to see an option for allowing audio or vibrate notifications. It can be useful to strike a balance between awareness and interruption. If you install this tweak, make a habit of checking the Notification Center after you exit your selected apps. Otherwise you may not realize you missed an important text.

You can find NotiQuiet in Cydia under the ModMyi Repository. The tweak is free. I tested it on my iPhone 4 and it worked as expected.

Which apps do notifications spoil the most? Let us know in the comments section below.