The AssistiveTouch functionality on your iPhone, iPod Touch or iPad was implemented by Apple for those with physical or motor impairments to make it easier to perform certain tasks. Once AssistiveTouch is enabled a small home button overlay will appear on your screen that is positionable anywhere on the sides of your device. Upon pressing this button a menu will come up allowing you to activate Siri, perform the home button action, activate system functions like rotation lock, as well be able to access pre-recorded gestures. 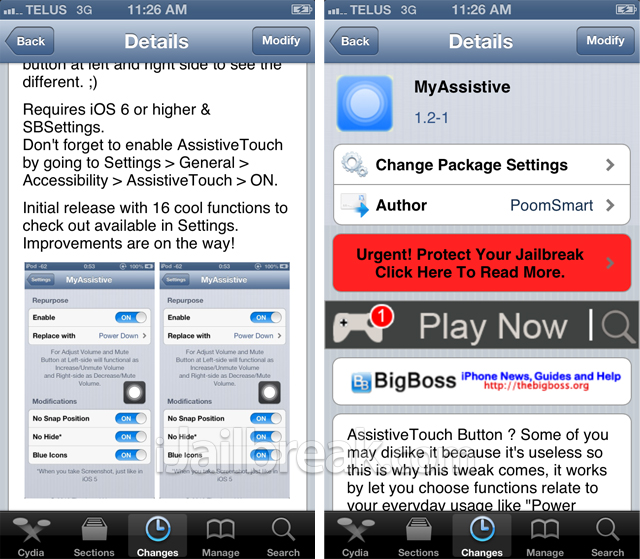 Although MyAssistive is a cool tweak it does have some issues, like only being able to assign function to the button and also that the AssistiveTouch button is just hard to keep around as it often gets in the way.

If you are interested in the MyAssistive Cydia tweak you can find it in the BigBoss repo for free. Check out our video walkthrough of the tweak below…