Today a little gem was released on Cydia called MessageSwiper. This free Cydia tweak simply adds a gesture to the stock Messages app that allows you to quickly switch between ongoing conversations by sliding your finger on your device’s screen.

Slide right to left to go to the next conversation and left to right to get to a previous conversation. That’s it! Although this is a very simple Cydia tweak, its gesture is very intuitive and makes talking to a lot of people through the Messages app easier. As, instead of having to press the back button and then select the next message you want to reply to you can just use gestures. 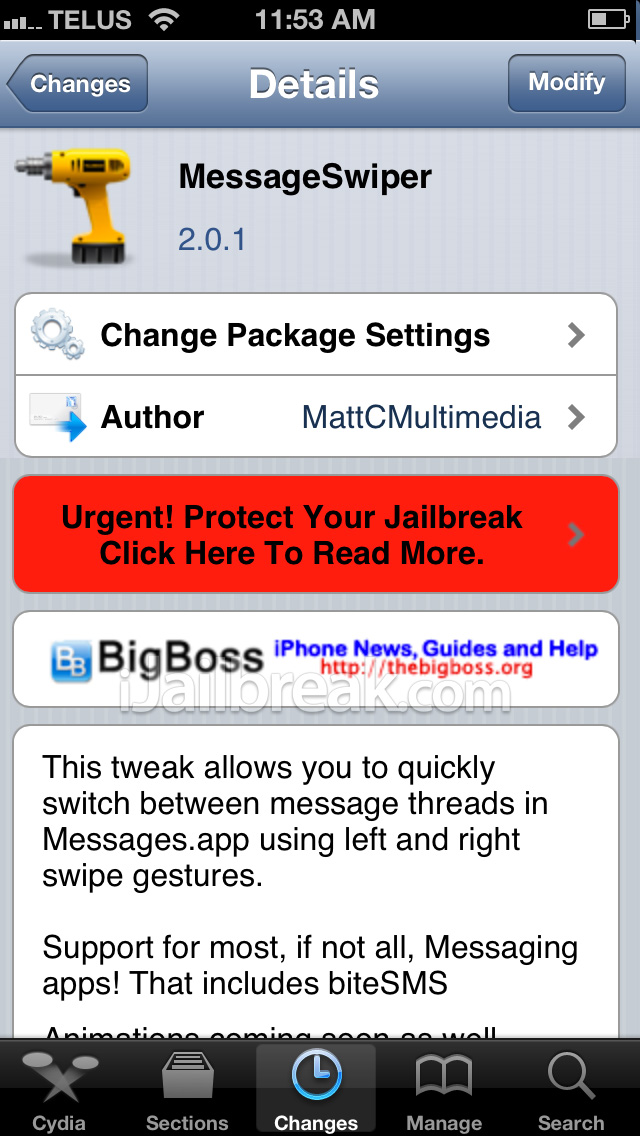 There is no options to configure with the MessageSwiper Cydia tweak and BiteSMS support will be coming soon as well. You can download MessageSwiper for your iPhone, iPod Touch or iPad for free from the BigBoss repo. Don’t forget to check out our hands-on demo below and let us know your thoughts in the comments section.