You know what it’s like chatting to the friend with two phones, a tablet, and a Mac. The messages come in as if they’re from four different accounts, but they’re all part of one conversation from the same person. iOS 6 offers a built-in solution for unifying emails and phone numbers, but only if each of your iMessage contacts takes advantage of it. Merge is a tweak which unifies iMessages beyond what even iOS 6 promised. 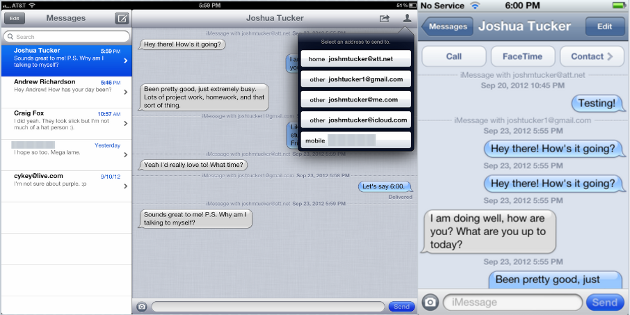 Merge is built for both the iPad and iPhone/iPod Touch.

With Merge enabled, incoming messages are grouped together by the associated contact. If Mark has 4 accounts, they will all show up in iMessage as if they are just from Mark. Merge also allows you to select which account you are replying to. Just hold down the contact button or your contact’s name, and you can switch the account you’re replying to. Merge goes a long way to keeping the iMessage system sane.

That said, Merge has two limitations. 1: If you’re messaging somebody with an assortment of devices, it’s going to show up on their screens as if it’s from multiple accounts. 2: Merge will not send incoming messages sent to your iPhone to your iPad. Keep in mind that these are limitations with the iMessage service on iOS 5 and not with Merge itself.

This other half of the problem can be solved by unifying your accounts in iOS 6. Unfortunately you will have to wait for a complete iMessage unification, as Merge is ‘not yet compatible with iOS 6″ according to Cydia. Until merge is ported to iOS 6, and we have a reliable jailbreak method for that OS, iMessage will be a little chaotic. 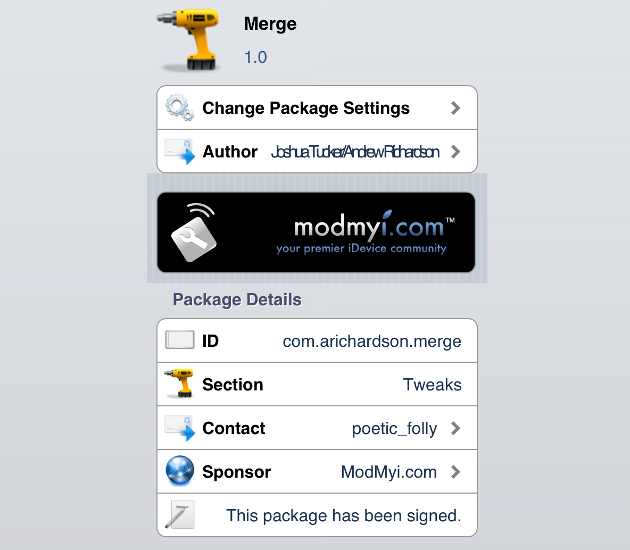 Merge is one of the three big Cydia tweaks that launched at the World Wide Jailbreak Conference, alongside Emblem and Scale, and is now available to download. You can find Merge on sale for $1.49 in the ModMyi repository on Cydia.

Which do you think is more important: the ability to receive the same messages on your tablet as your phone, or the ability to sort messages according to contact and not account? Share your thoughts in the comments section below.