Simple Jailbreak tweaks are often my favorite kind of Cydia tweaks. They are easy on your iOS device’s RAM, often times increase productivity and solve problems. Master Cydia tweak developer Filippo Bigarella has recently sent out a series of tweets (1, 2) about a new Cydia tweak. The tweak has just been released onto Cydia.

All this Cydia tweak does is add an option when trying to attach a photo to a message to use the last picture or screenshot taken. This means no more browsing through your camera roll. Bigarella said “I made this because I often need to send a screenshot or something.” 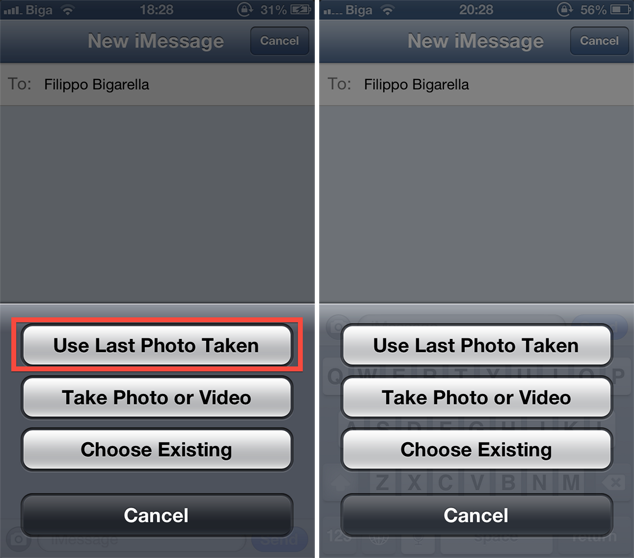 LastPic has actually already been submitted to the BigBoss repo and . It can now be download for free from BigBoss. Bigarella has mentioned that support with 3rd party messaging tweaks such as BiteSMS could become a reality, but he will not be working directly on it. He will gladly provide the code behind LastPic however, to any developer, which means we could definitely see it eventually in tweaks like BiteSMS or Messages+.

Let us know your thoughts on the LastPic Cydia tweak in the comments section below.