We’ve covered a number of tweaks that try to improve or replace the App Switcher. Switchy made the App Switcher Bigger, Dash replaced the tiny icons with webOS style cards, and Zephyr allows for switching between apps with quick gestures. Where can app switcher overhauls and replacements go from here. 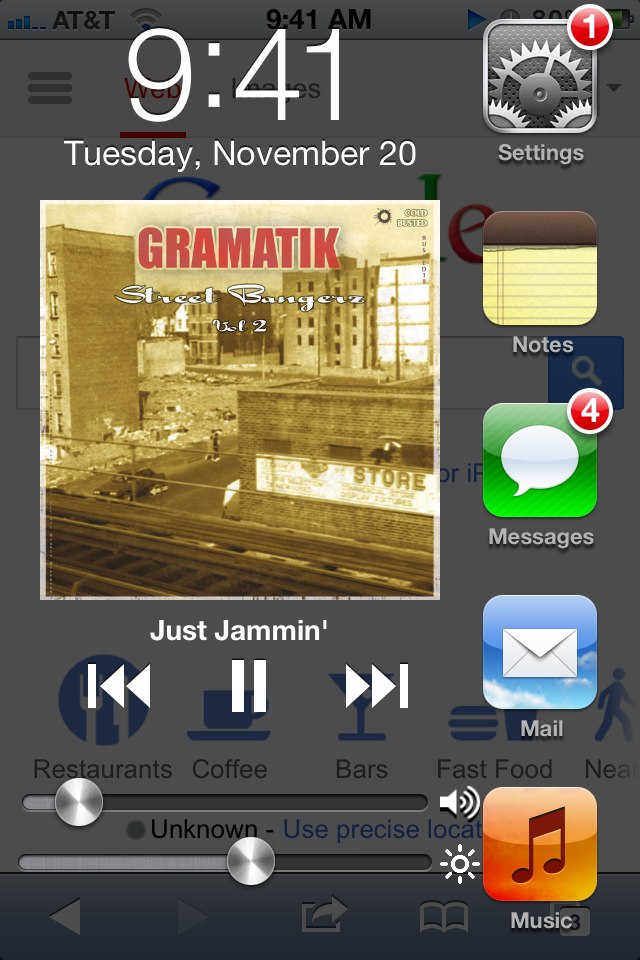 The Tweak: jLauncher takes the “make the switcher” bigger school of thought to its logical conclusion by expanding the switcher to a full page. When you trigger the specified Activator gesture, icons for recently used apps slide on screen along with volume and brightness controls and album art. The screen behind jLauncher is tinted black, which gives an overall impression similar to Dashboard X’s overlay mode. It leaves a good impression, but leaves a few flaws.

Caveats: jLauncher is a little sloppy looking for a paid tweak. In the initial version, the icon spacing isn’t great; in fact, the volume and brightness controls touch the bottom app button–which makes the whole thing look kludged together. This is just a cosmetic complaint though, so it would be easy enough to fix.

The tweak also leaves out the screen rotation lock, which probably could have be crammed into the empty space beside the clock. No half measures, right?

With proper spacing, the look of jLauncher could be much improved.

Where to find: jLauncher can be found in the BigBoss repository on Cydia. The tweak costs $1.99 and has no options to configure, aside from the Activator gesture.

What do you think of jLauncher? Share your thoughts in the comments section below.