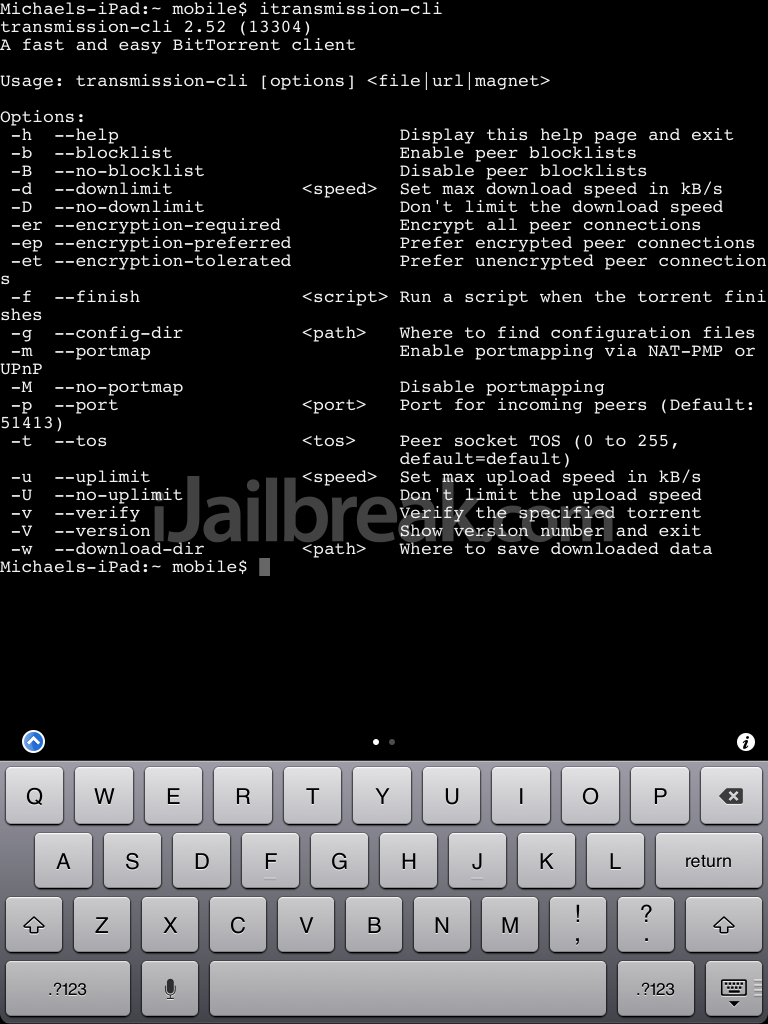 Since iTransmission CLI does not install an icon, it has to be launched from a terminal console, such as MobileTerminal. Enter the command itransmission-cli, followed by what you want it to do. Just entering the term itransmission-cli on its own will bring up the list of possible options.

The easiest way of downloading files using iTransmission-CLI is to have the torrent file on hand. You can download such torrent files using add ons like Safari Download Enabler and iFile. It is also possible to use magnet links, although the inability to copy and paste into terminal hurts their usability. (You can copy and paste into MobileTerminal’s shortcuts, however.)

For most users, iTransmission 2 is the more accessible torrent client, but for advanced users who have been craving a command line interface, it’s finally here. You can download the iTransmission CLI client for free from the ModMyi repository in Cydia. 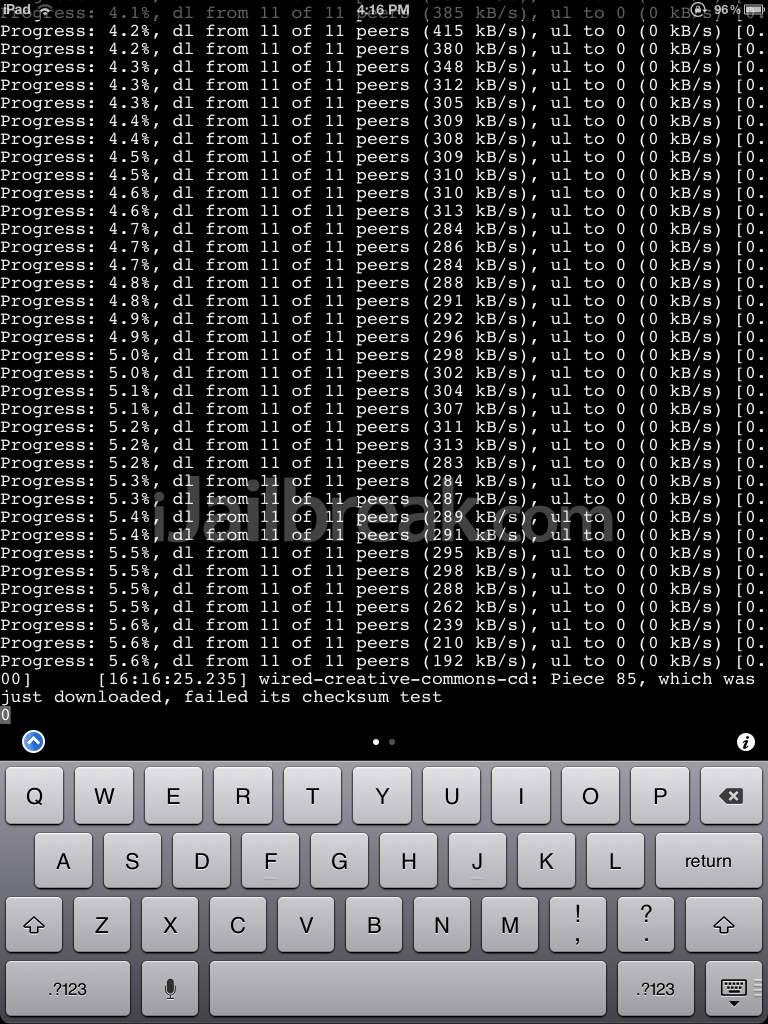 What side of the fence do you fall on: Do you prefer a flexible command line interface or a slick GUI? Share your thoughts in the comments section below.