Since the day Apple launched the iPhone 4S, users have been complaining about battery issues. Customers reported that the battery drained faster than ever on the new iPhone 4S versus previous generations of the iPhone. Apple responded by saying that there was a bug in iOS 5, which was later partially fixed in iOS 5.0.1. Users still faced the same battery drainage issues in iOS 5.0.1, however, and the company hasn’t fixed them yet. 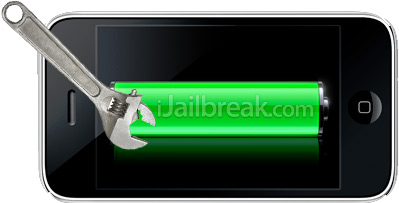 The iPhone 4S was successfully jailbroken just a few days ago, thus giving you the ability to use jailbroken apps and Cydia tweaks. Now there is apparently a very useful Cydia tweak, which would help in reducing the battery drain issue, if not completely get rid of it on the iPhone 4S. iOS 5 Battery Fix, as it’s called, is currently only available to VIP members of the Insanelyi repository in Cydia. We haven’t tried this tweak yet, but users who did, suggest that they got a real good boost in battery life with this tweak.

If you are interested in the iOS 5 Battery Fix Cydia tweak you can get it from the Insanelyi repository/forum, but get ready to spend $4.99 for it. After paying the $4.99 VIP fee you will then get access to the iOS 5 Battery Fix Cydia tweak and will hopefully get improved battery life on your jailbroken iPhone 4S (the tweak works on iOS 5.0 and iOS 5.0.1).

Apple will probably fix the battery issues in the next iteration of iOS 5, but you will have to lose the untethered jailbreak to upgrade. If any of you decide to risk trying this tweak out, let us know if it worked in the comments section below…

Update #1: The iOS 5 Battery Fix Cydia tweak is being labeled as a scam (click here for more information).