Do you have an iPod Touch and an outdated “feature phone”? Want to send real text messages from your iPad without paying monthly costs to another third party service? Don’t you wish you could just use your old cellphone to tunnel calls to your other devices?

The Tweak: iBTPhone is a utility that allows the WiFi iPad or an iPod Touch to make calls through a Bluetooth connection to another phone. The utility can pair with any phone that supports the Bluetooth PAN and HFP protocols, in effect turning your device into a Bluetooth receiver for your phone. 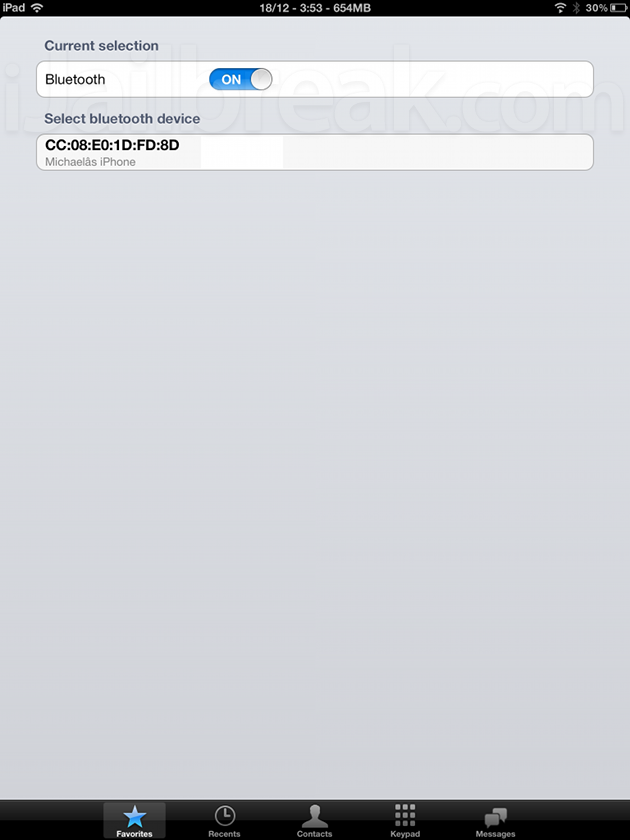 Connecting to my phone via iBTPhone. Realistically, the iPhone isn’t the best choice.

The app has five screens. “Favorites” allows the iBTPhone to pair with a phone over Bluetooth, while Recents, Contacts, Keypads, and Messages each describe their own features. While the app does support the iPad, it runs like an iPhone app with FullForce installed.

Caveats: Some of the interface elements in the app don’t work correctly. The keypad app will display “iBTPhone Connected” regardless of whether Bluetooth is even on. The demo version of iBTPhone crashes whenever I attempted to make a call or send a text, which may be its design, but it doesn’t give me confidence in the full app. 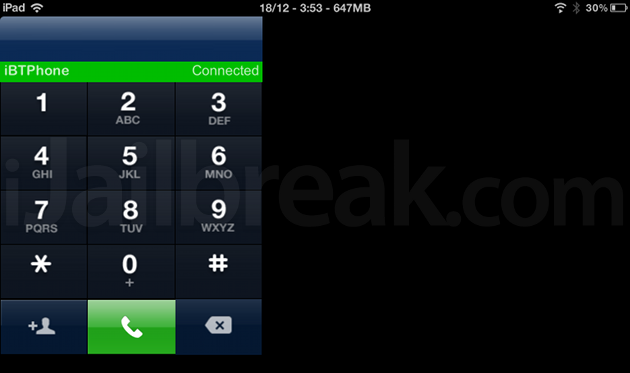 Displays ‘Connected’ regardless of whether Bluetooth is enabled.

Where to find: iBTPhone can be found in the BigBoss repository on Cydia. iBTPhone is a paid app, at $9.80, but if you want to make sure your phone is compatible with the software there is a free demo version with limited functionality. While you might be better off with an iPhone, this may be a good stopgap solution for those of us who are tired of dealing with useless ‘feature’ phones.

Would you use iBTPhone over third party messaging plans, like through Skype or BiteSMS? Share your thoughts in the comments section below.