Geocaching is an outdoor activity that involves looking for clues and hidden “caches” of trinkets (geoswag) with a GPS. Think of it as an amateur version of the Amazing race. While Maps accepts coordinates as input, it doesn’t display them. A tweak was made available on Cydia yesterday which can make the process of finding and building caches more convenient. Coordinates For Maps is a simple Google Maps interface tweak which displays decimal coordinates on the Maps app. Just drop a pin and its coordinates will appear in the bottom-left corner of the screen. 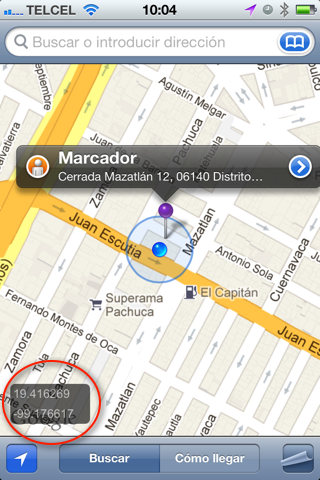 The coordinates are presented in decimal degrees for latitude and longitude. There are other coordinate formats, which you may want to use you’re building a cache. I found a handy converter at boulter.com/gps which exchanges any set of coordinates into decimal degrees, degrees minutes and seconds, as well as formatting for GPS, and UTM. It would have been handier if the different formats were included into the tweak, but it gives you a starting place which you can use to build other coordinates from.

Coordinates For Maps is a free app, and is available in the Cydia package manager through the BigBoss repository. The app has been tested on an iPhone 4 and iPhone 4S running iOS 5.0.1 as well as iOS 5.1.1 tethered. 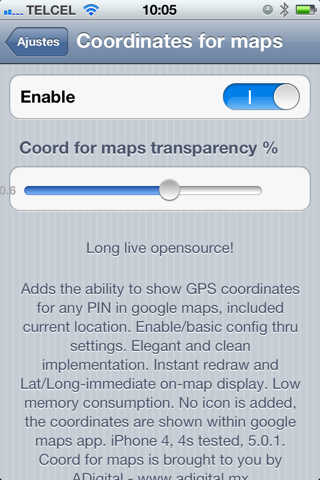 Do you Geocache? What other uses can you find for Coordinates For Maps? Let us know in the comments section below.