I like a little asymmetry in software design. There’s a reason we have buttons to close or expand windows at the corners of the screen and not in the middle–but it’s not to everyone’s taste. Naturally there isn’t a menu built into iOS for tweaking the interface, so if you want to center, say, the notification badges, you will need to install a jailbreak tweak.

The Tweak: CenterBadges is just what it sounds like. All you need to do is install the tweak from Cydia and your badges will move to the center of each icon’s top edge. If you’re not using a theme or custom icons, the centered badges can look a little odd on the icons that were designed with badges in the right corner in mind, but that’s an issue with the design of the icons themselves and not the tweak. It does exactly what it promises. 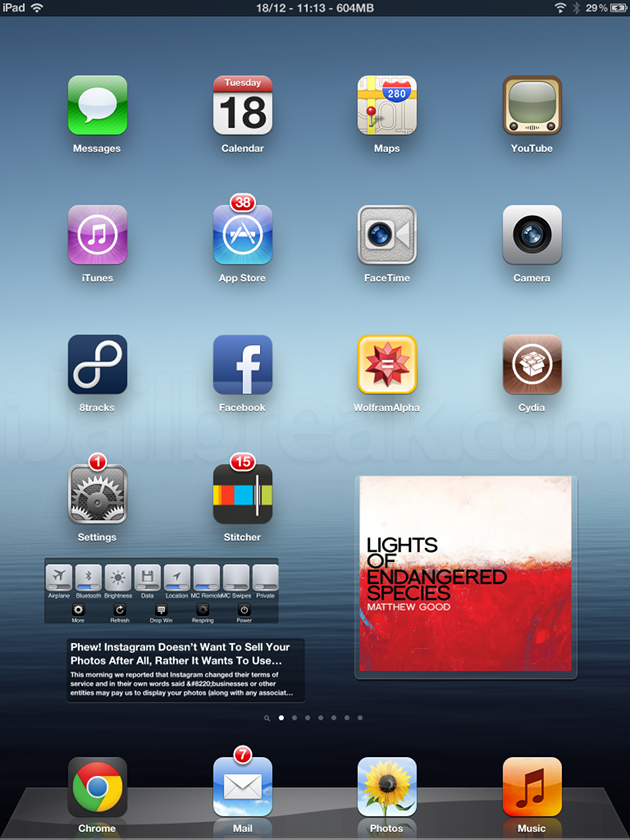 Looks odd to me on the stock iOS theme, but may suit replacement icons in other skins.

Where to find: CenterBadges can be found in the BigBoss repository on Cydia. The tweak is free and there are no settings to configure.

Synergy: If you are particular about your badges, you might also be interested in three Cydia tweaks that can do away with annoying badges. OTA Begone gets rid of the over-the-air update notification in Settings. (If you jailbreak, you should NEVER use the OTA update, even if you want to switch to the stock firmware. Restore in iTunes instead.) No Cydia Badges and No AppStore Badges each remove update badges from Cydia and the App Store, respectively.

Do you prefer your notification badges centered? Share your thoughts in the comments section below.