Regardless of the fact that Apple will not be bringing Siri to older generation iOS devices, this has not stopped developers from trying to copy Siri’s functionality. Thus, in this article from iJailbreak.com we will be covering the top Siri alternatives for your non-Jailbroken and Jailbroken iPhone, iPod Touch or iPad.

Vlingo is a FREE App Store Siri clone for your older generation iPhone, iPod Touch or iPad that can send SMS messages, emails, make phone calls and find places of interest near your current location. Vlingo also goes beyond the default functionality of Siri by adding social media support for Facebook and Twitter. Considering Vlingo is a free application it is extremely powerful and I would recommend it to anyone who is looking for a robust Siri alternative. 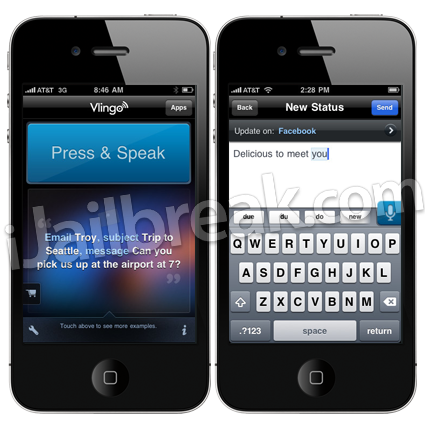 Evi is a Siri clone that takes a slightly different approach to answering the questions you ask it. In fact, one could say that Evi is more like a voice optimized version of Google web search. Unlike the previous Siri alternative we told you about dubbed Vlingo, Evi specializes in finding answers to the questions you ask it (even complicated ones) and will not send text messages, make phone calls etc. Evi uses the same Nuance voice recognition technology as Siri does, which makes Evi extremely reliable in understanding your commands. For those interested, Evi can be found on the App Store for a price of $0.99. 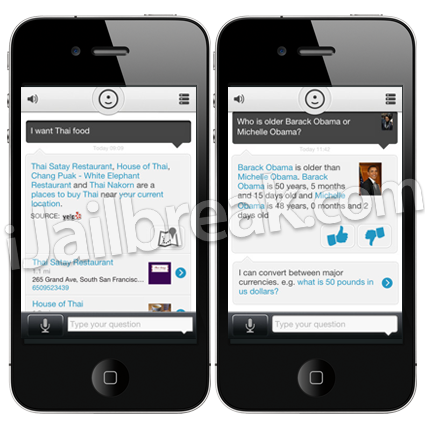 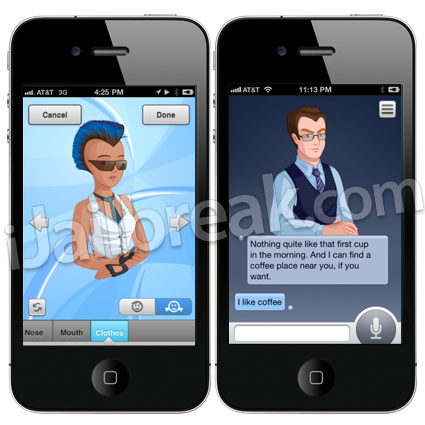 If you have a Jailbroken iOS device you can look forward to SARA! SARA is a Siri clone that extends the default functionality of Siri by a ten-fold. You can, for example, find places anywhere around the world, control your computer, send messages, translate words, update social media accounts like Facebook/Twitter and so much more all with the power of your voice. Though SARA is a powerful Siri alternative some say it lacks the reliability and professional nature other Siri alternatives feature. 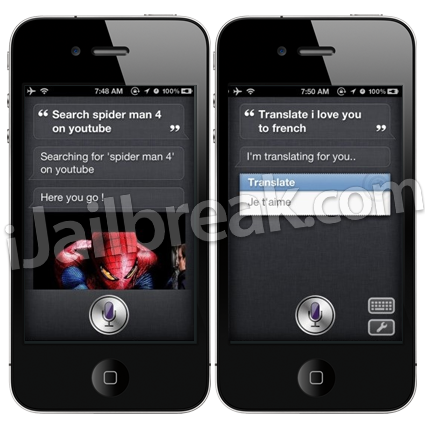 ESRA, standing for Experimental Speech Response Application, is a work in progress port of Siri to older iOS devices. Though I would say ESRA is even more unreliable than SARA, the developers are constantly working to improve ESRA and add new features. With ESRA you can Google words or phrases, send text messages, ask “it” questions and much more! 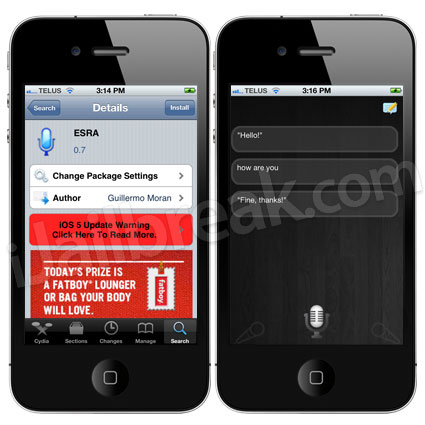 Jailbreak Tip: If your iPhone, iPod Touch or iPad is Jailbroken and you are trying one of these Siri alternatives and want to make it feel more natively integrated into your iOS device. Then you can download the Activator Cydia tweak and configure one of these Siri alternatives to launch when you hold down the home button. This will more closely mimic the real thing and make it so you do not have to constantly launch the app from your SpringBoard (homescreen).

What do you think of these Siri alternatives? Which one is your favourite? Share your responses in the comments section below and let us know if we missed one worth mentioning.