LG’s Nexus 4 is the current device that is coming pre-loaded with the latest android operating system (OS), Android 4.2 Jelly Bean. Due to an open-source community the device has already been rooted and now a lot of customization will be done to it over the next few months.

The credit goes to XDA Developers’ member HQRaja. Before you proceed on to the guide you must understand a few of the pre-requisites. The instructions you’ll read are only meant to be applied on LG Nexus 4. Applying them on previous Nexus models, or other Android phones may lead to unfavorable outcomes. The battery of the Nexus 4 should be properly charged. A good battery level is around 80%. USB Debugging should be enabled on the handset, which can be done through the Settings of the device where you go to Developer Options and tick the option ‘Enable USB Debugging’. It’s also wise to create a backup of any important files on your device to your computer, or to the cloud. Lastly, the guide has to be followed at your own risk. iJailbreak doesn’t take responsibility for any  damage if anything unfortunate occurs. 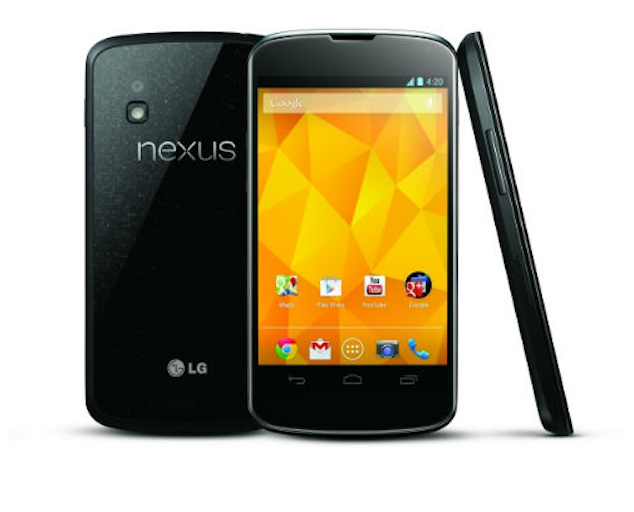 Step 1: Download the insecure boot image from this link.

Step 2: Next download the root files (link). After downloading the package you’ll be presented with BusyBox, binary su (latest) and SuperSU 0.98.

Step 3: Extract the downloaded zip file to any folder on your computer.

Step 4: Connect the Nexus 4 to the PC with the help of a USB cable.

Step 6: Reboot the device into bootloader/fastboot mode and enter the following code into command prompt:

An alternative way to enter bootloader mode is by switching off the device and pressing the Power and Volume down buttons together.

Step 7: Next unlock the bootloader of the device by entering the code shown below:

Step 8: Enter bootloader mode again. Now boot into the insecure image that you have downloaded in step 1 by entering the following code:

This is not going to replace the boot image currently on the device. The boot will take place just once from the new insecure image.

Step 9: After the boot with the insecure boot image, the following commands have to be entered in the command prompt window:

Note: It’s advisable that you’re in the directory where the files were downloaded when entering the commands.

That’s it! After the device reboots you’ll have root access on your LG Nexus 4. Feel free to leave comments if you have any questions.

For more guides on how to root your Android smartphone or tablet, check out iJailbreak’s How To Root section.